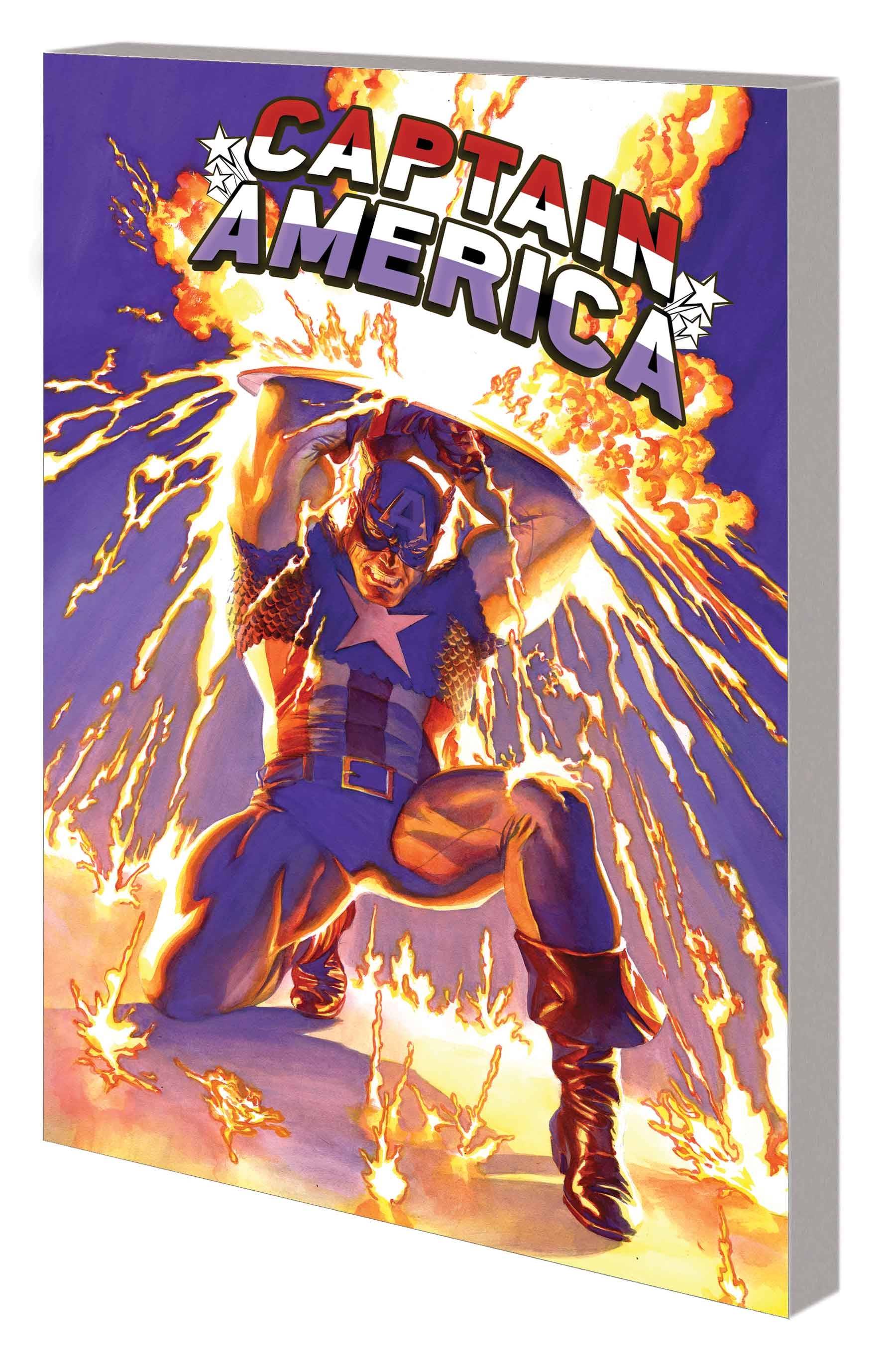 #
OCT221023
(W) Collin Kelly, Various (A) Mattia De Iulis, Carmen Carnero (CA) Alex Ross
A new era of shield-slinging begins! When Arnim Zola launches a catastrophic attack on New York City, he meets his match - in two Captain Americas! But a shocking secret about Steve Rogers' iconic shield will change the way he views the 20th century he came from - and how he chooses to fight in the 21st! Steve follows a trail of coded bread crumbs to Germany in pursuit of an elusive organization making bold and deadly moves, while Bucky Barnes' own investigation leads him to the high rollers tables in Madripoor. Thousands of miles apart with no backup, will Steve and Bucky find what they're looking for, or are they both in over their heads? Featuring the shocking return of the Dryad herself: Peggy Carter! Collecting CAPTAIN AMERICA (2022) #0 and CAPTAIN AMERICA: SENTINEL OF LIBERTY (2022) #1-6.
Rated T+
In Shops: Feb 08, 2023
SRP: $19.99
View All Items In This Series
ORDER SUBSCRIBE WISH LIST