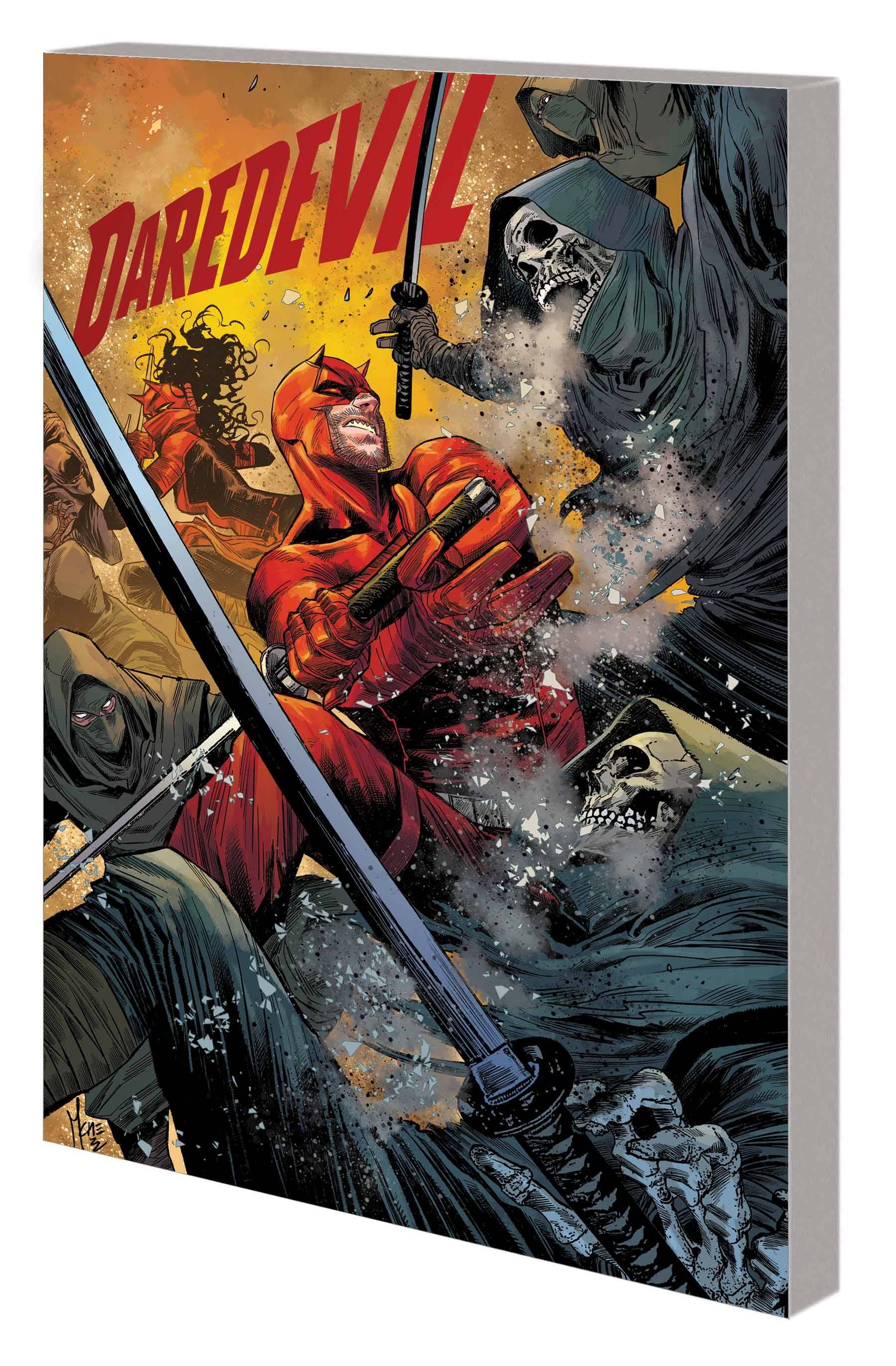 #
OCT221022
(W) Chip Zdarsky (A) Rafael De Latorre (A/CA) Marco Checchetto
After DEVIL'S REIGN comes the dawn! In the wake of Wilson Fisk's violent and visceral last act, it's a new era for New York and the Man Without Fear! Matt Murdock has no choice but to leave behind everything he's ever known, and Elektra is the last vestige of his former life. Everything Matt thought he knew about what it meant to be Daredevil is about to change! Chip Zdarsky and Marco Checchetto continue their epic saga, tackling the journeys of both Matt and Elektra as they each deal with the brutal cost of taking on the Daredevil mantle. But new enemies mean Hell's Kitchen is going to be darker than ever! Collecting DAREDEVIL (2022) #1-5.
Rated T+
In Shops: Feb 08, 2023
SRP: $17.99
View All Items In This Series
ORDER SUBSCRIBE WISH LIST