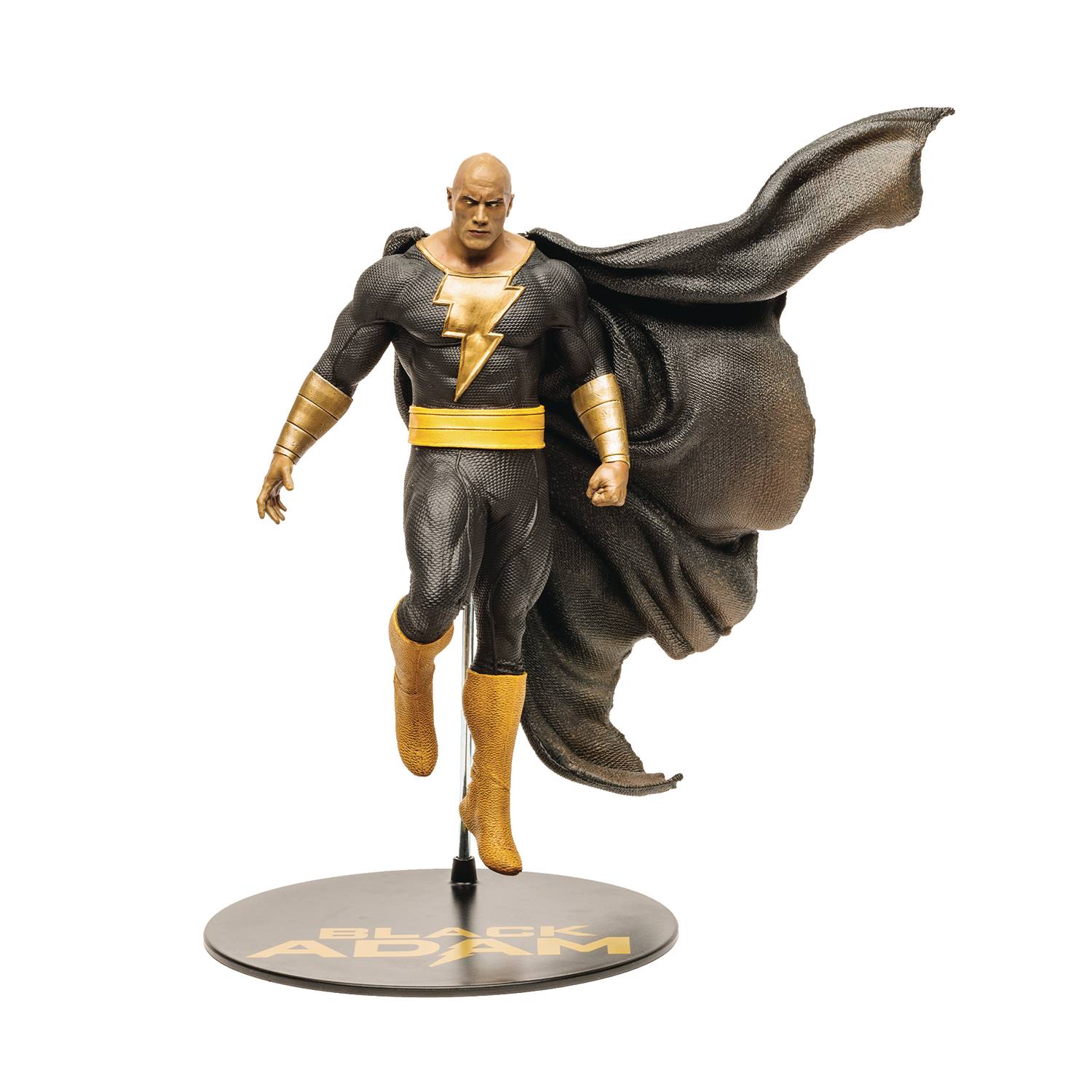 # # # # # #
OCT218869
From TMP/McFarlane's Toys. Hailed as the slave who became Champion, the mortal Teth-Adam was bestowed the powers of the gods, transforming into a fearsome superpowered being at the utterance of a single magic word: SHAZAM. Nearly 5,000 years later, Black Adam is freed from his slumber and finds himself in a world he does not recognize. Now he must try to see himself not as Kahndaq's destroyer, but its saviour. This Highly detailed PVC figure based on Jim Lee's artwork of Black Adam stands approximately 12" tall and comes  packaged in a window box packaging featuring illustrations by Jim Lee!