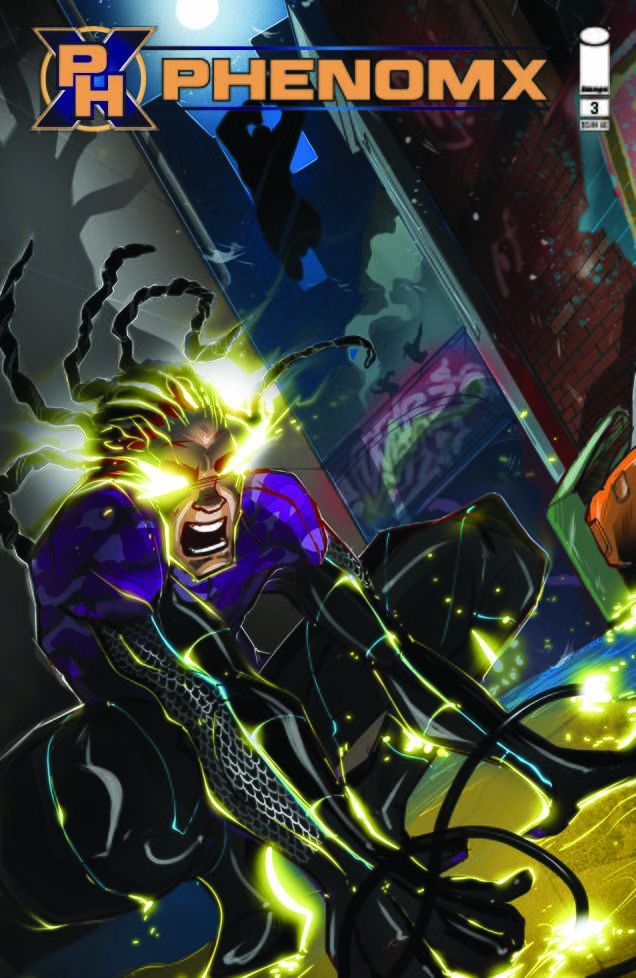 #
OCT218818
(W) John Leguizamo, Aram Rappaport, Joe Miciak (A) Chris Batista
Max Gomez's first heroic outing as his alter ego PhenomX does not go according to plan when he's forced to face off against an invulnerable giant and a slippery shapeshifter.

Meanwhile, as Agent Potter's lies crumble, the true origins of Max's powers slowly come to light, and those closest to him are not as safe as he thought.
In Shops: Jan 12, 2022
SRP: $3.99
View All Items In This Series
ORDER SUBSCRIBE WISH LIST