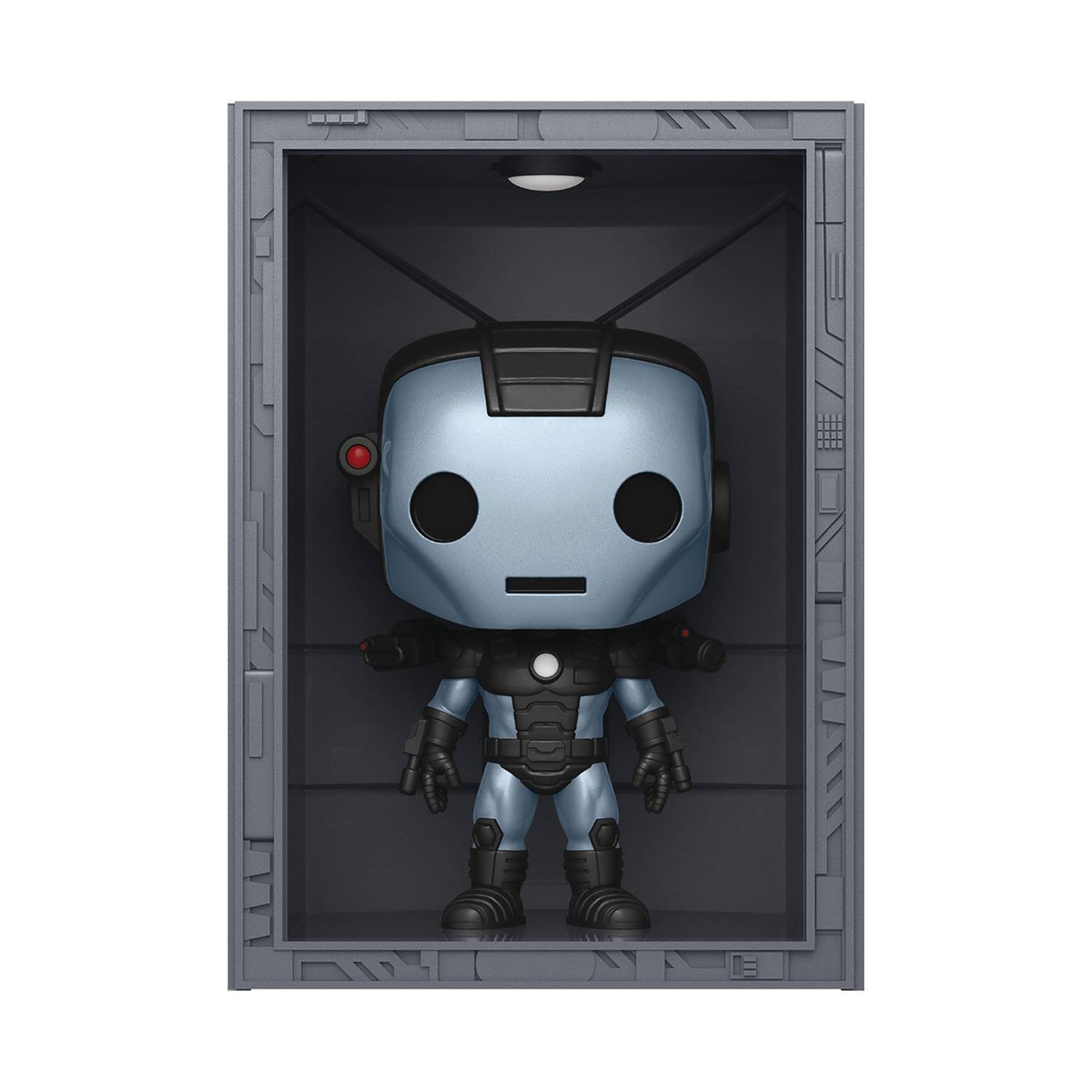 # #
OCT218681
From Funko. A PREVIEWS Exclusive! Packed with additional weaponry, the Iron Man Armor Model 11 is playfully referred to by Tony Stark as the War Machine! First seen in Iron Man #281, this iconic armor is later entrusted to skilled Military Pilot and Stark Industries aviator engineer James Rhodes, who takes up the mantle of War Machine. Now you can add the War Machine Armor to your own Iron Man Hall of Armor with Funko! These comic book-inspired designs are built out to include stackable alcoves for each armor, allowing collectors to build their own hall of armor. Each POP! Deluxe Marvel Hall of Armor Iron Man figure stands about 3 3/4" tall and comes packaged in a collector-friendly window box.