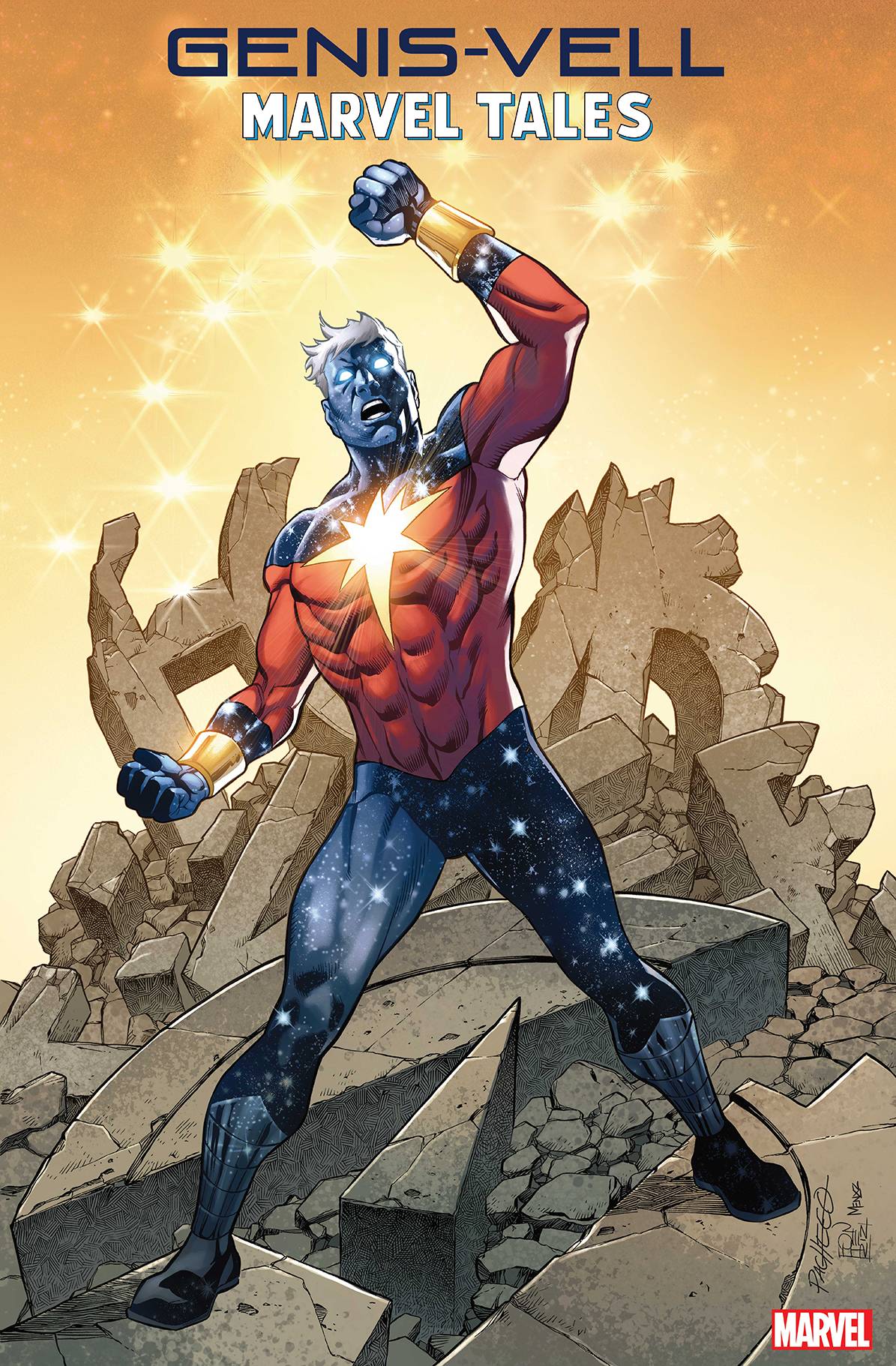 #
OCT211421
Meet the son of the greatest warrior the galaxy has ever known! Spawned in a test tube, Genis-Vell now struggles to fill the boots of his late father Mar-Vell - the original Kree Captain Marvel! Genis has inherited Mar-Vell's greatest gift, cosmic awareness - which might be enough to make him go mad, if he didn't have Rick Jones along for the ride. But sharing a body, and switching places back and forth from the Negative Zone, might drive them both crazy! Get ready for Peter David and Chriscross' hilarious saga featuring the Hulk, Wendigo, Moondragon...and Rick's estranged wife, Marlo! FINAL COVER MAY VARY. ALLOCATIONS MAY OCCUR.
In Shops: Apr 13, 2022
SRP: $49.99
ORDER WISH LIST