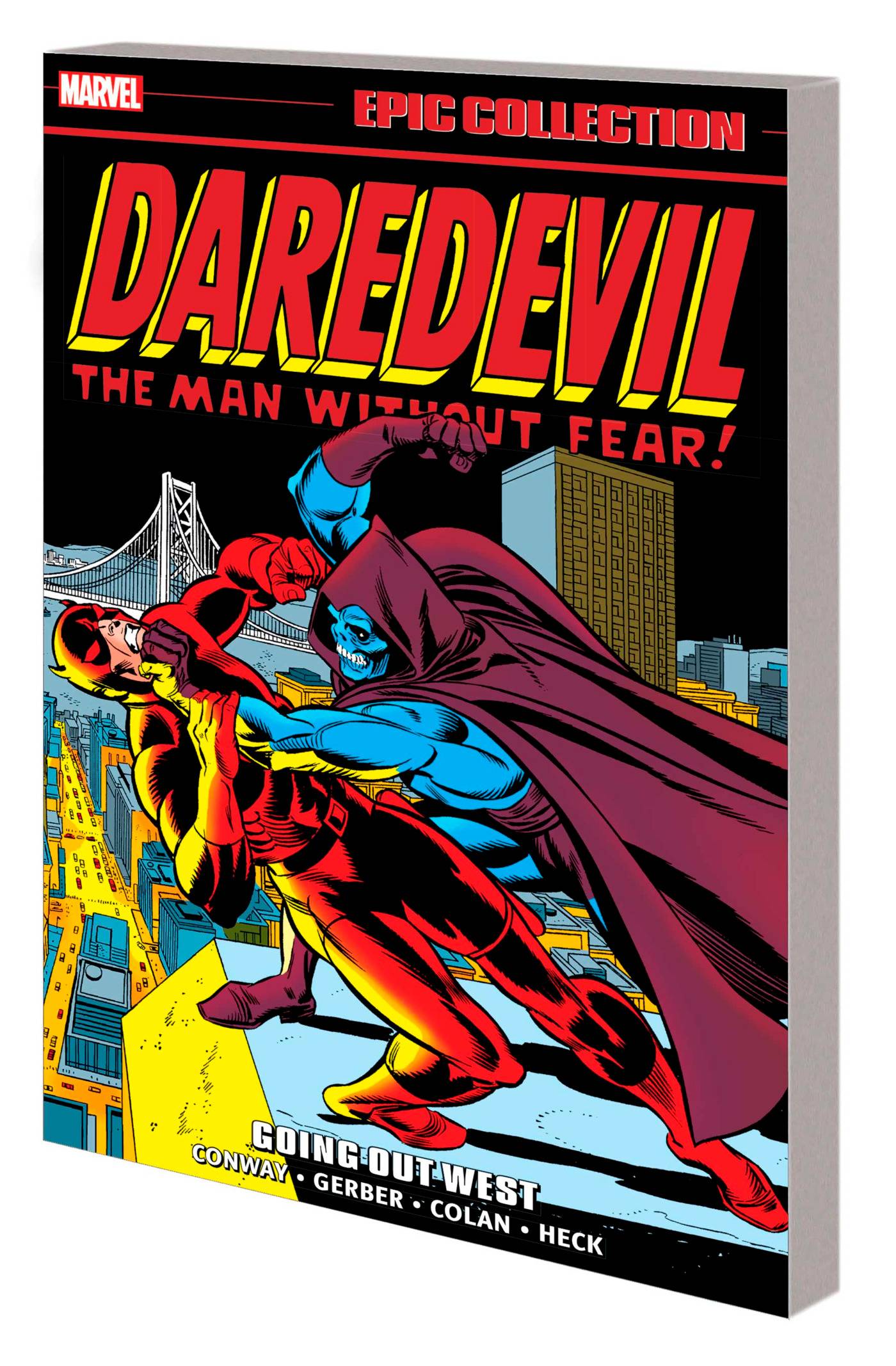 #
OCT211007
(W) Gerry Conway, More (A) Gene Colan, More (CA) Gil Kane
If you're going to San Francisco, be sure to wear some horns on your head! Daredevil and the Black Widow ditch New York City and head out West to get some peace, love and appreciation. No, scratch that: They'll face new challenges and classic villains alike - including Electro, Killgrave the Purple Man and Mister Fear - all courtesy of Gerry Conway and the unmatched art team of Gene Colan and Tom Palmer! Then, Steve Gerber introduces adversaries weirder than anything on Haight-Ashbury. The Dark Messiah and Angar the Screamer lead the charge, until Stilt-Man struts his way across the Golden Gate! It's all topped off with a crossover co-starring the Avengers and X-Men, a Spidey team-up and a fight with Kraven the Hunter that soon turns decidedly cosmic! Collecting DAREDEVIL (1964) #87-107 and AVENGERS (1963) #111.
Rated T
In Shops: Jan 26, 2022
SRP: $44.99
ORDER WISH LIST