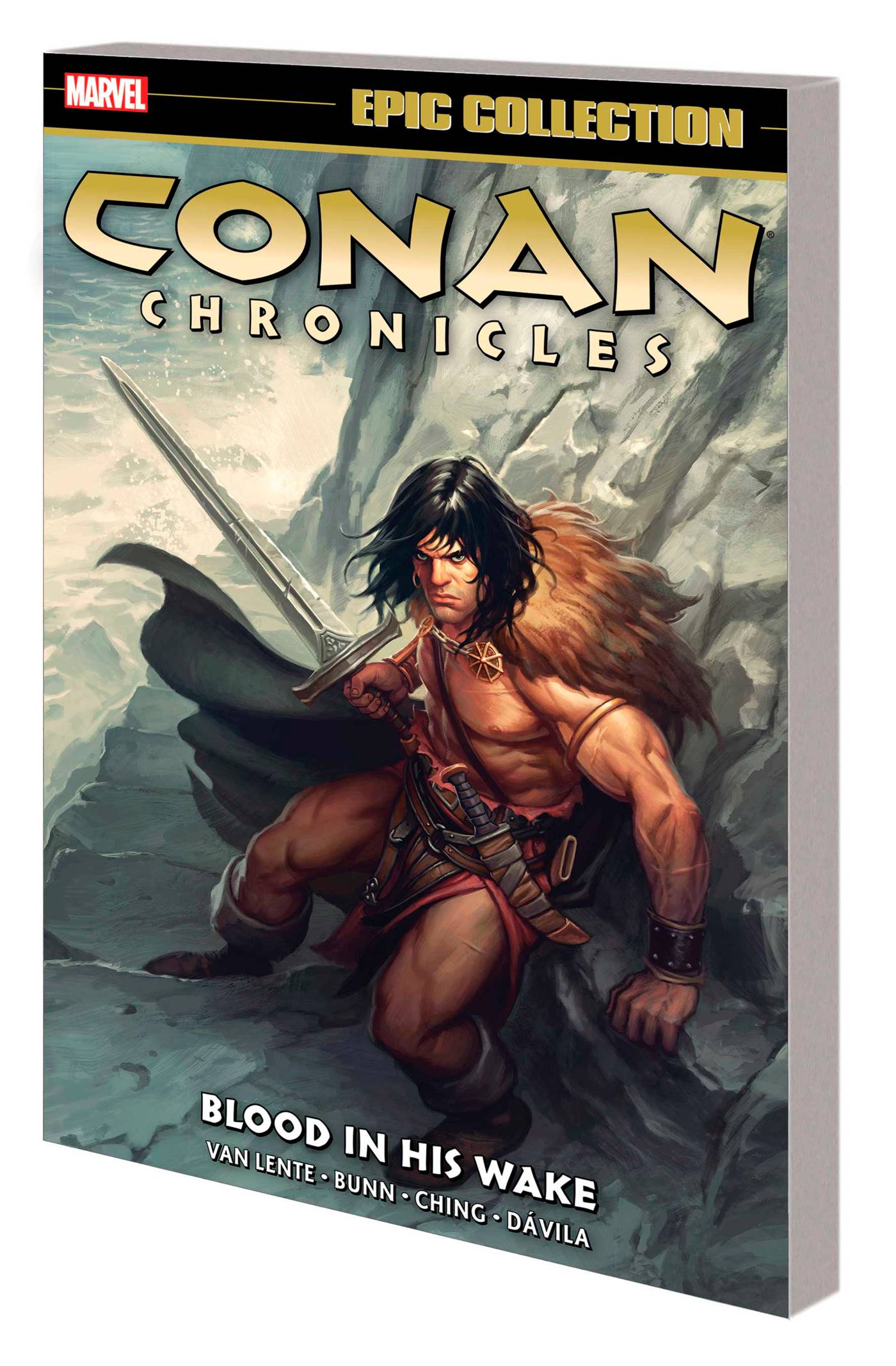 #
OCT211004
(W) Fred Van Lente, Cullen Bunn (A) Brian Ching, More (CA) Phroilan Gardner
Conan's chronicles conclude! When the beloved queen of Khauran is secretly replaced by the evil witch Salome, only one man sees through the deception: Conan, captain of Khauran's royal guard! But can Conan stand against Salome's villainous ally Constantius and his mighty mercenary army? Conan will be crucified and left for dead - but he shall have his vengeance! Then, a new saga begins as Conan stumbles into a camp of Kozak raiders alone, unarmed and half-dead. With a band of Turanian hunters in hot pursuit, the barbarian may find a new ally in the Kozaki chief - but what about the chief's sons? And as the Turanians plot to end Conan's life, a Nemedian princess lures him to the remote island of Xapur - where lurks the monstrous Devil in Iron! Collecting CONAN THE AVENGER #20-25 and CONAN THE SLAYER #1-12.
Parental Advisory
In Shops: Feb 02, 2022
SRP: $44.99
ORDER WISH LIST