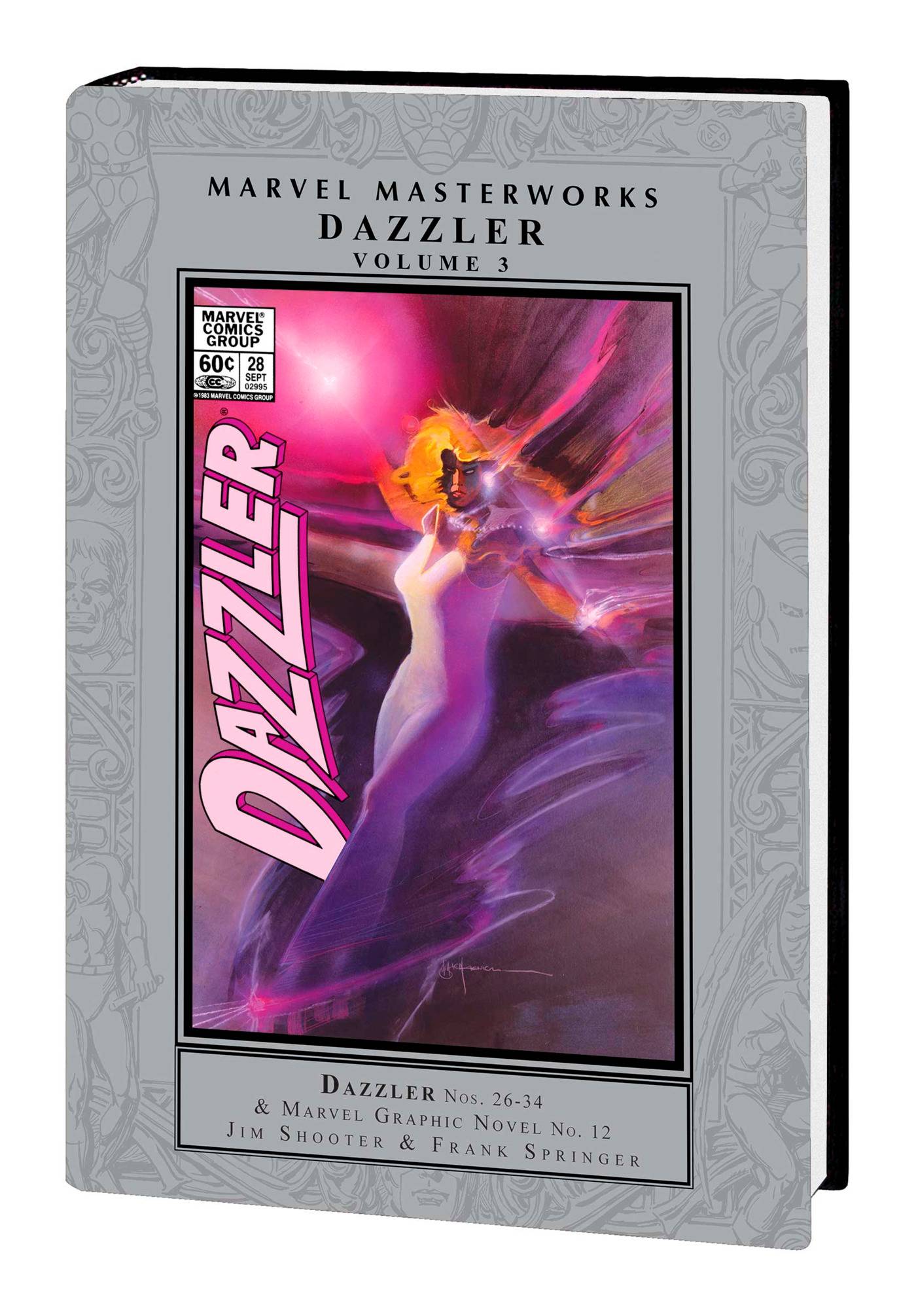 #
OCT210989
(W) Jim Shooter, More (A) Frank Springer, More (CA) Bill Sienkiewicz
Dazzler returns to the top of the Masterworks charts in her third volume! Family secrets explode in Alison Blaire's life: No sooner does her half sister, Lois London, arrive than Dazzler finds herself on the run as a fugitive accused of murder while trying to stay one step ahead of a vengeful Rogue! Dazzler is bent on staying out of the super hero game - but she still winds up in Attilan, where she must team up with the Inhumans against Blackout and Moonstone! Things are much calmer on the fashion runway when Alison joins Millie the Model's agency - that is, until Chili Storm shows up! This volume concludes with the graphic novel DAZZLER: THE MOVIE, guest-starring the X-Men! And don't miss Bill Sienkiewicz's painted cover art! Collecting DAZZLER #26-34 and MARVEL GRAPHIC NOVEL #12: DAZZLER - THE MOVIE.
Rated T
In Shops: May 18, 2022
SRP: $75.00
View All Items In This Series
ORDER SUBSCRIBE WISH LIST