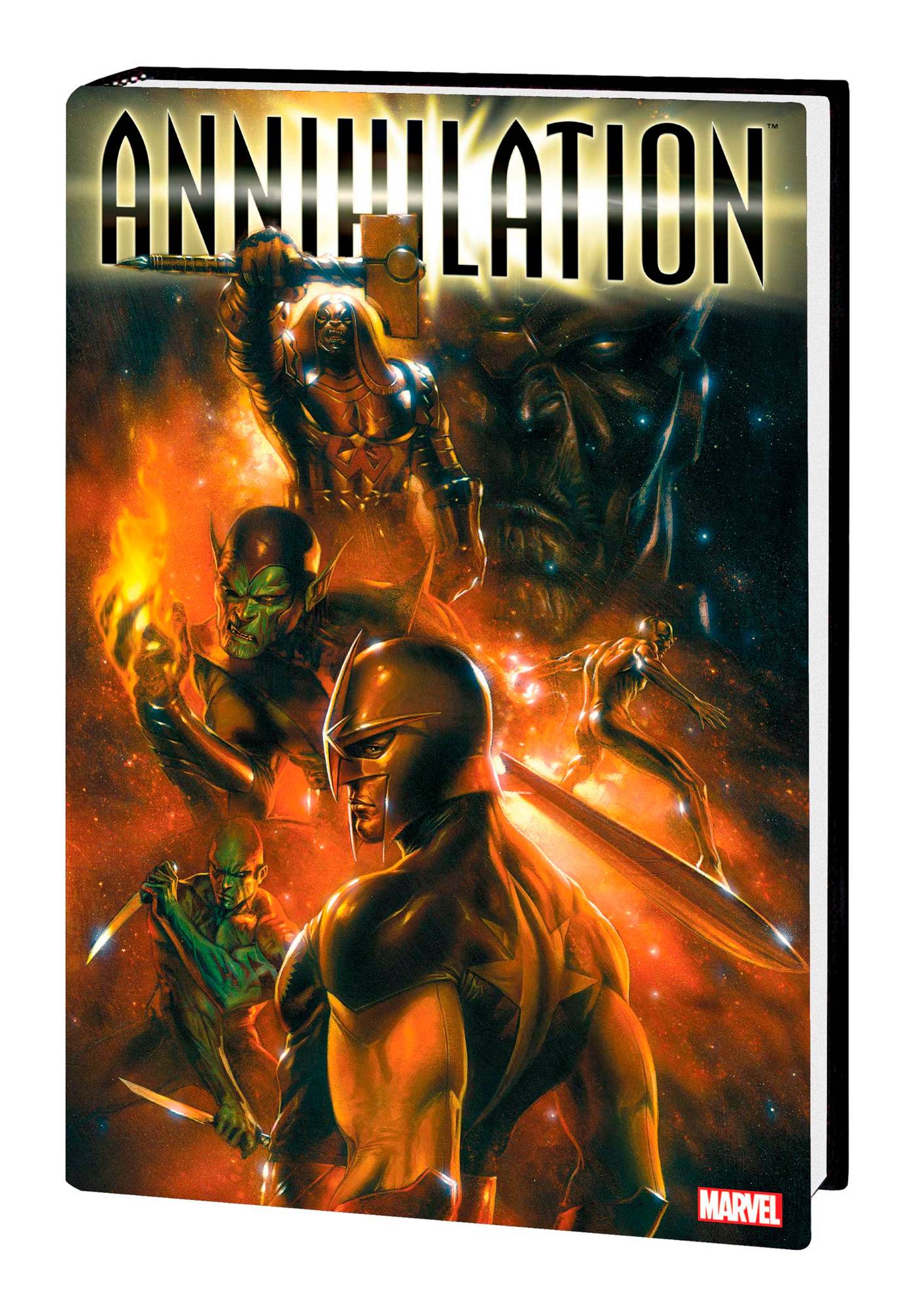 #
OCT210980
(W) Keith Giffen, More (A) Mitch Breitweiser, More (CA) Gabriele Dell'Otto
Marvel's cosmic superstars return in explosive, widescreen sci-fi style! Annihilus, lord of the Negative Zone, has declared war! And as his unstoppable Annihilation Wave swarms into the Marvel Universe, demolishing all in its path, only a handful of heroes can resist the destruction! Nova learns the ways of war from Drax the Destroyer; the Silver Surfer seeks out his former master, Galactus, for aid; the Super-Skrull fights for his son's life; and Ronan the Accuser faces Gamora and her women warriors! Nova and Quasar's army leads the charge - but as heroes fall and Annihilus rises, the universe's one remaining hope may be Thanos, the Mad Titan! Collecting DRAX THE DESTROYER #1-4, ANNIHILATION PROLOGUE, ANNIHILATION: NOVA #1-4, ANNIHILATION: SILVER SURFER #1-4, ANNIHILATION: SUPERSKRULL #1-4, ANNIHILATION: RONAN #1-4, ANNIHILATION #1-6, ANNIHILATION: HERALDS OF GALACTUS #1-2 and ANNIHILATION: NOVA CORPS FILES.
Rated T+
In Shops: May 04, 2022
SRP: $125.00
ORDER WISH LIST