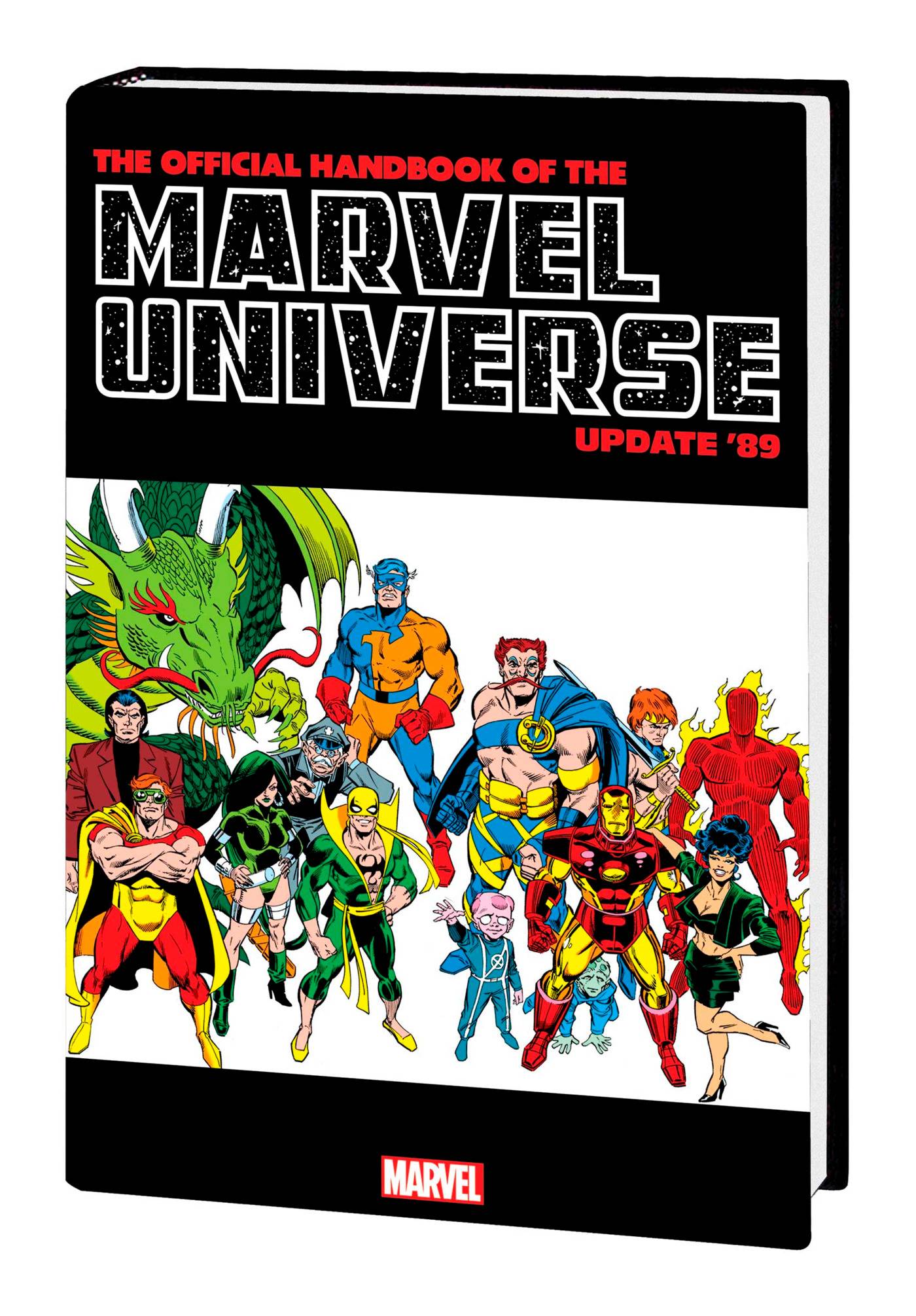 #
OCT210975
(W) Peter Sanderson, More (A) Various (CA) Ron Frenz
Party like it's 1989 with the third volume of the legendary OFFICIAL HANDBOOK OF THE MARVEL UNIVERSE! The '89 update followed in the footsteps of the definitive Deluxe Edition, bringing fans up to speed on the fast-moving world of mighty Marvel! Featuring major revisions covering seismic changes to iconic characters including Vision, Iron Man, the Hulk, Archangel and the original Human Torch! All-new favorites make their Handbook debuts, including deadly villains like Apocalypse, Mister Sinister and Venom! And some of herodom's best supporting casts join the fun - from Aunt May to Power Pack's parents! Every page is loaded with the fact-filled origins, in-depth bios and vital statistics you crave! Plus: an extensive collection of profiles, schematics and updates originally published outside the Handbooks! Collecting OFFICIAL HANDBOOK OF THE MARVEL UNIVERSE: UPDATE '89 #1-8.
Rated T
In Shops: Jun 15, 2022
SRP: $75.00
ORDER WISH LIST