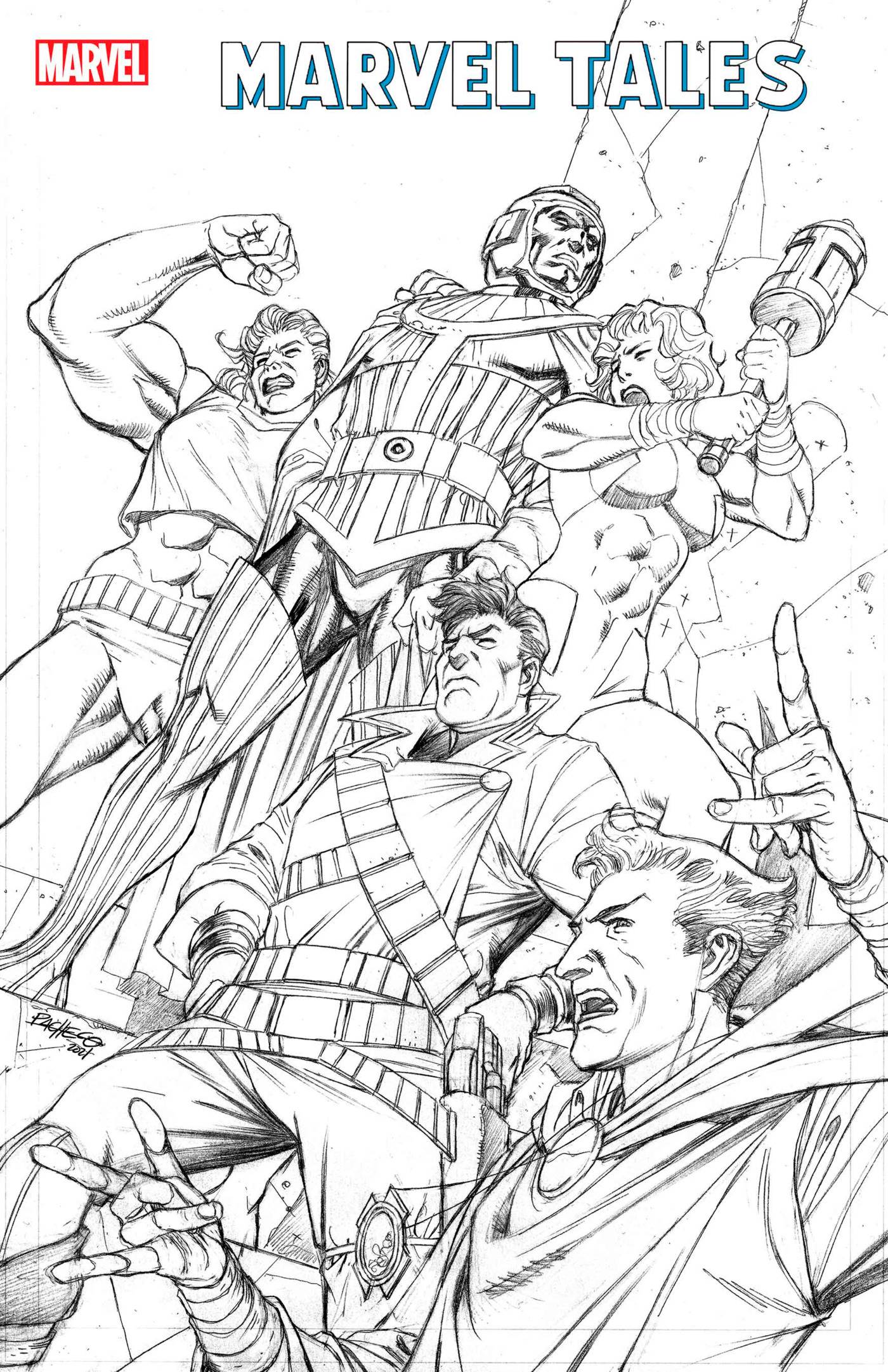 #
OCT210908
(W) Peter David (A) Ariel Olivetti (CA) Carlos Pacheco
Visit the final days of Earth's Mightiest Heroes as we celebrate the legacy of the House of Ideas with MARVEL TALES! This anthology series shines a spotlight on fan-favorite characters, features timeless stories and highlights some of Marvel's most impressive talent from the past eight decades! They are the few remaining Avengers: Hawkeye, the blinded archer; the Wasp, pint-sized dynamo cursed with an incurable shrinking disease; Cannonball, the mutant X-Man; and former Ant-Man/Giant-Man Hank Pym. They're not the strongest, but they are the only hope in the final battle against the greatest enemies of mankind. They are the Last Avengers. And united, they will fall. In this shocking tale from THE LAST AVENGERS STORY #1-2, fan-favorite writer Peter David presents a dark vision of the future, stunningly realized in the painted artwork of Ariel Olivetti!
RATED T+
In Shops: Dec 22, 2021
SRP: $7.99
ORDER WISH LIST