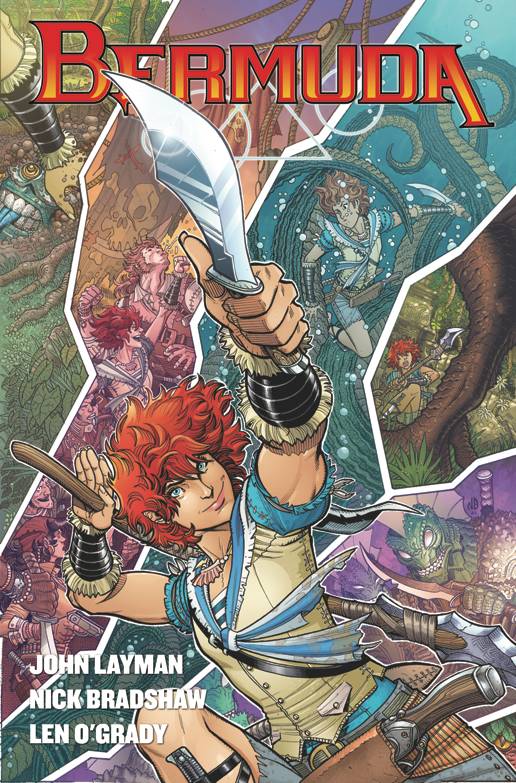 #
OCT210370
(W) John Layman (A/CA) Nick Bradshaw
An all-new tale of high adventure and pulpish mystery from John Layman, New York Times bestselling writer of Chew, and superstar artist Nick Bradshaw (Wolverine & the X-Men, Astonishing Spider-Man)!
There's a region in the Atlantic Ocean where planes disappear, ships are lost, and traveling souls go missing... never to be heard from again. And there's an island within this place, mysterious and uncharted, untouched by time and civilization, where all who are lost end up.
It's a mysterious place inhabited by dinosaurs, pirates, crazed magicians, strange monsters... and a girl named Bermuda. Sixteen-years-old, scrappy, and a survivor, this has been the only life she has ever known. Until today. Today she discovers something on her island that will either open a doorway between her world and ours... or destroy them both!
In Shops: Feb 02, 2022
SRP: $17.99
ORDER WISH LIST