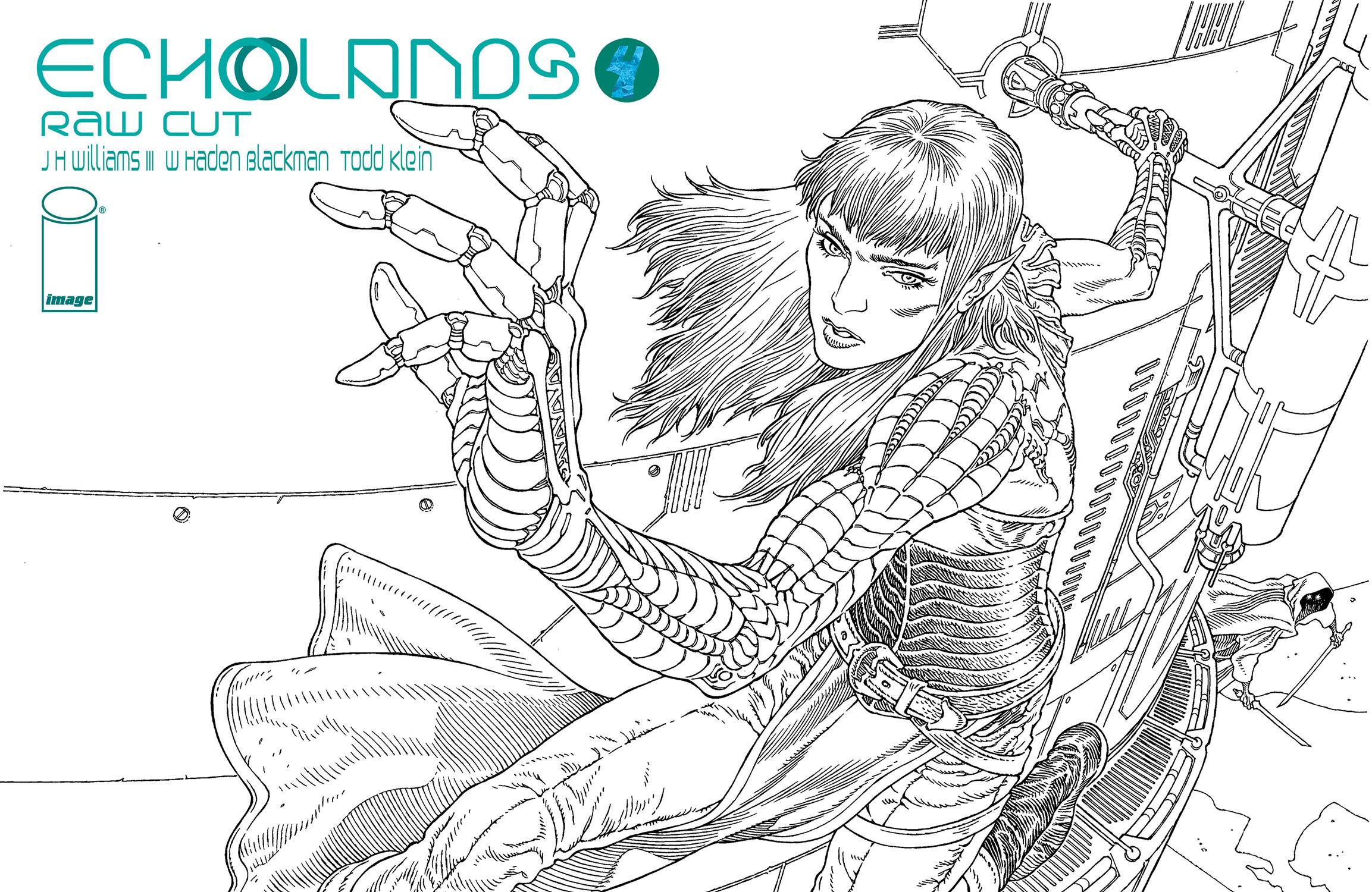 #
OCT210134
(W) J. H. Williams, Haden Blackman (A) J. H. Williams, Todd Klein (CA) Gabriel Rodriguez
Each issue of ECHOLANDS also offers an accompanying RAW CUT EDITION, featuring the art of J. H. WILLIAMS III as it looked leaving his work studio, plus translucent lettering.
Hope Redhood and her allies have been pursued by a violent golem, attacked by a giant sea serpent, and imprisoned by a former friend. No matter the threat, the team is determined to discover the secret behind Teros Demond's stolen gem. But when an unexpected clue arises, they'll have to brave the depths of the ocean to face their future with the enigmatic Oracle!
In Shops: Dec 22, 2021
SRP: $4.99
View All Items In This Series
PREORDER SUBSCRIBE WISH LIST