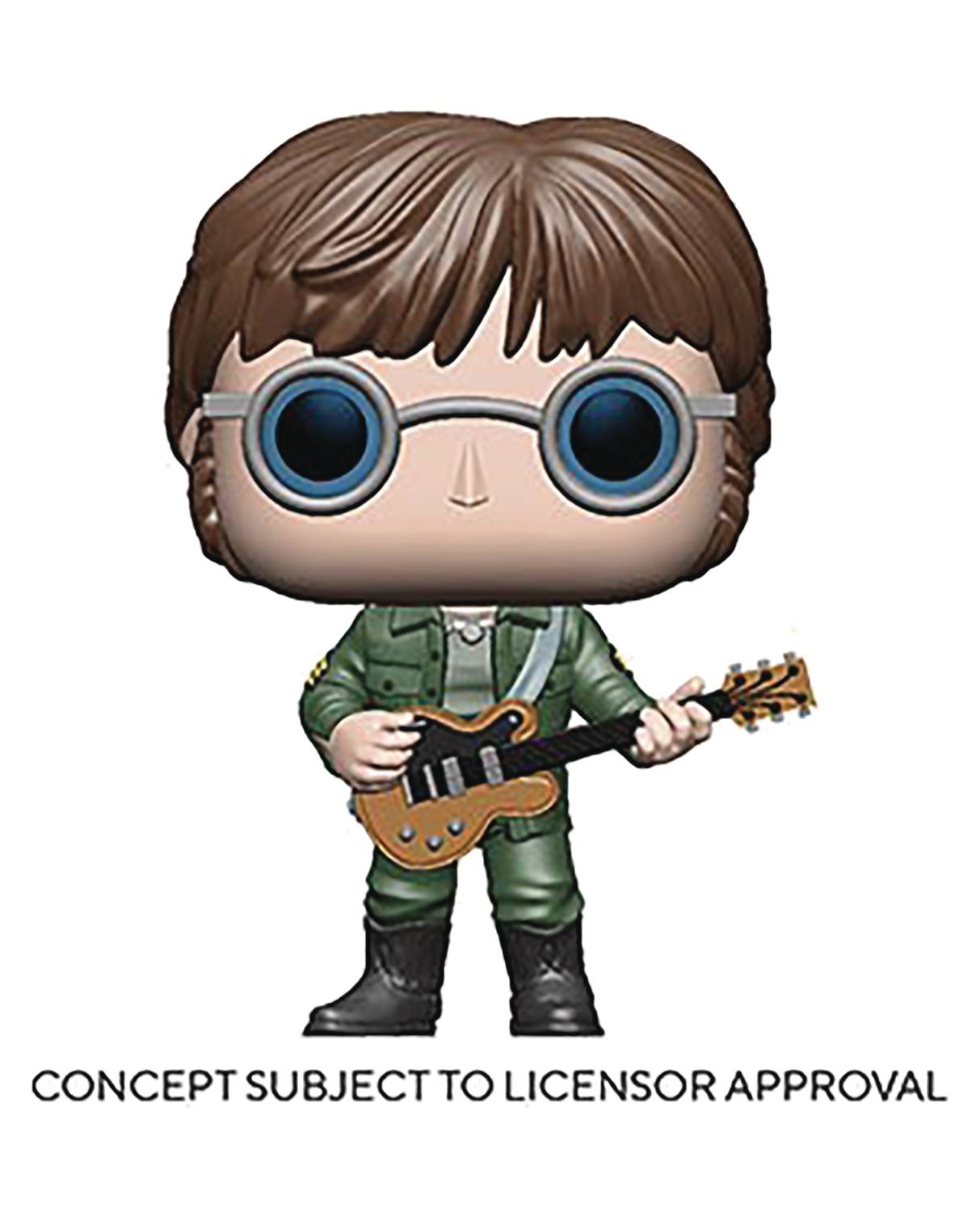 #
OCT209397
From Funko. "Power to the people!" In 1971, after completing his Imagine album, former Beatle John Lennon moved to New York City. There, he and his wife Yoko Ono recorded "Happy Xmas (War is Over)," befriended activists such as Abbie Hoffman and Jerry Rubin, became involved in radical politics and criticized the Nixon administration and the Vietnam War, and recorded his most overtly political album, Some Time in New York City. He also adopted a new look, donning a battered, drab olive green military jacket. Funko's POP! Rocks line celebrates the musical icons of yesterday and today, and now Lennon, in his early 1970s New York City phase, joins the line. Wearing his trademark granny glasses and the Army jacket, carrying his guitar as though he stepped off the stage at his "One to One" concert, Lennon features Funko's stylized design and stands 3 3/4" tall. Window box packaging.