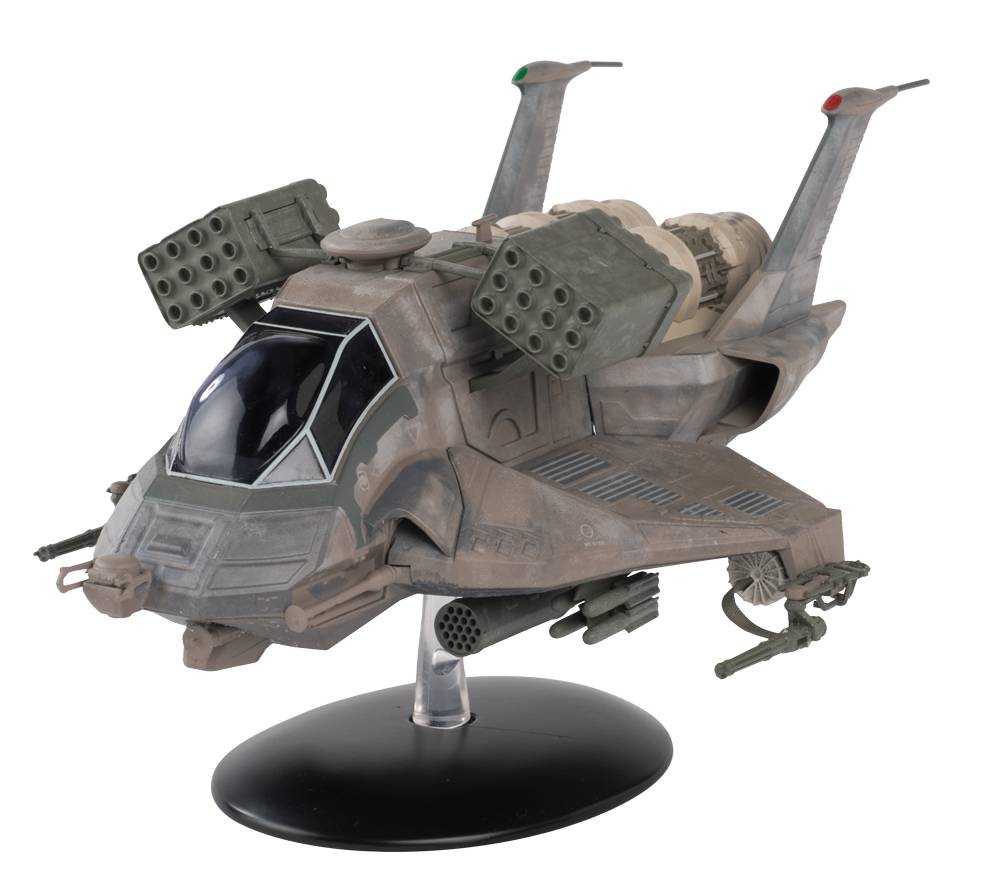 # #
OCT202048
A boxy, FTL-equipped craft designed for both atmospheric and space-based operations, the multipurpose Raptor was used by the post-Fall Colonial Fleet for recon, rescues, and emergency evacuations, and so took part in many of the most dramatic moments of humanity's struggle for survival.

Although their angular, stripped-down design limited their maneuverability, lightly armed Raptors could be reconfigured as attack platforms with an arsenal of weapons fitted to hardpoints. This "Heavy" configuration featured wing-mounted kinetic energy weapons, ventral automatic cannons, rocket-launcher pods, and ship-to-ship conventional and nuclear missiles. Operated by a two-person crew, Heavy Raptors could carry up to ten passengers.

Official die-cast models of the starships of Battlestar Galactica - both classic (1978) and modern (2004). Designed with the help of the Galactica VFX team, these models come with a magazine featuring interviews with creators, including Ronald D. Moore!
In Shops: Dec 16, 2020
SRP: $59.95
View All Items In This Series