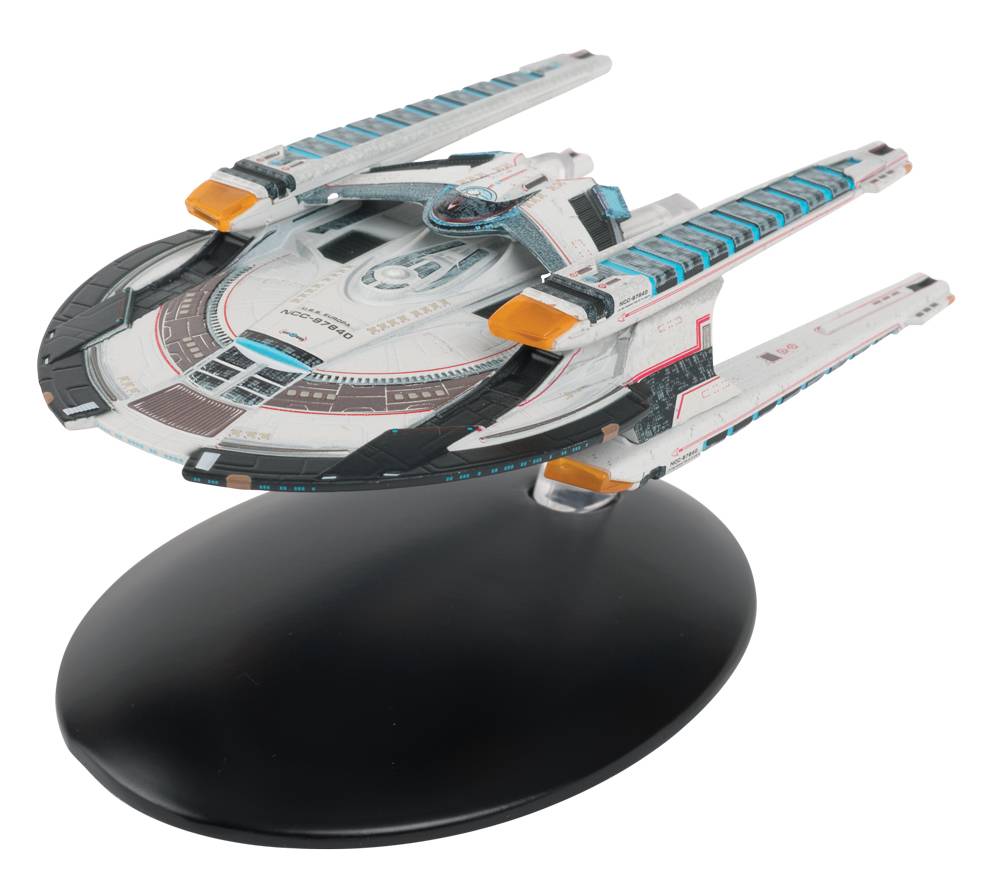 # #
OCT202047
A heavily-armoured vessel available to Starfleet players in Star Trek Online, the Europa-Class Heavy Battlecruiser serves as a lynchpin of exploration and defense on the Federation's frontier. It uses heavy weapons and powerful defensive systems to distract and engage enemy ships, drawing fire away from its allies.
The Europa-class was named for the U.S.S. Europa, a Nimitz-class vessel which first appeared in Star Trek Discovery. That ship was lost in the infamous Battle at the Binary Stars, and the Europa-class presents a modernized, 25th-century take on its angular, four-nacelled look, with a sharper, more aggressive arrow-like disc, longer nacelles, and Star Trek Online's signature "split neck" motif.