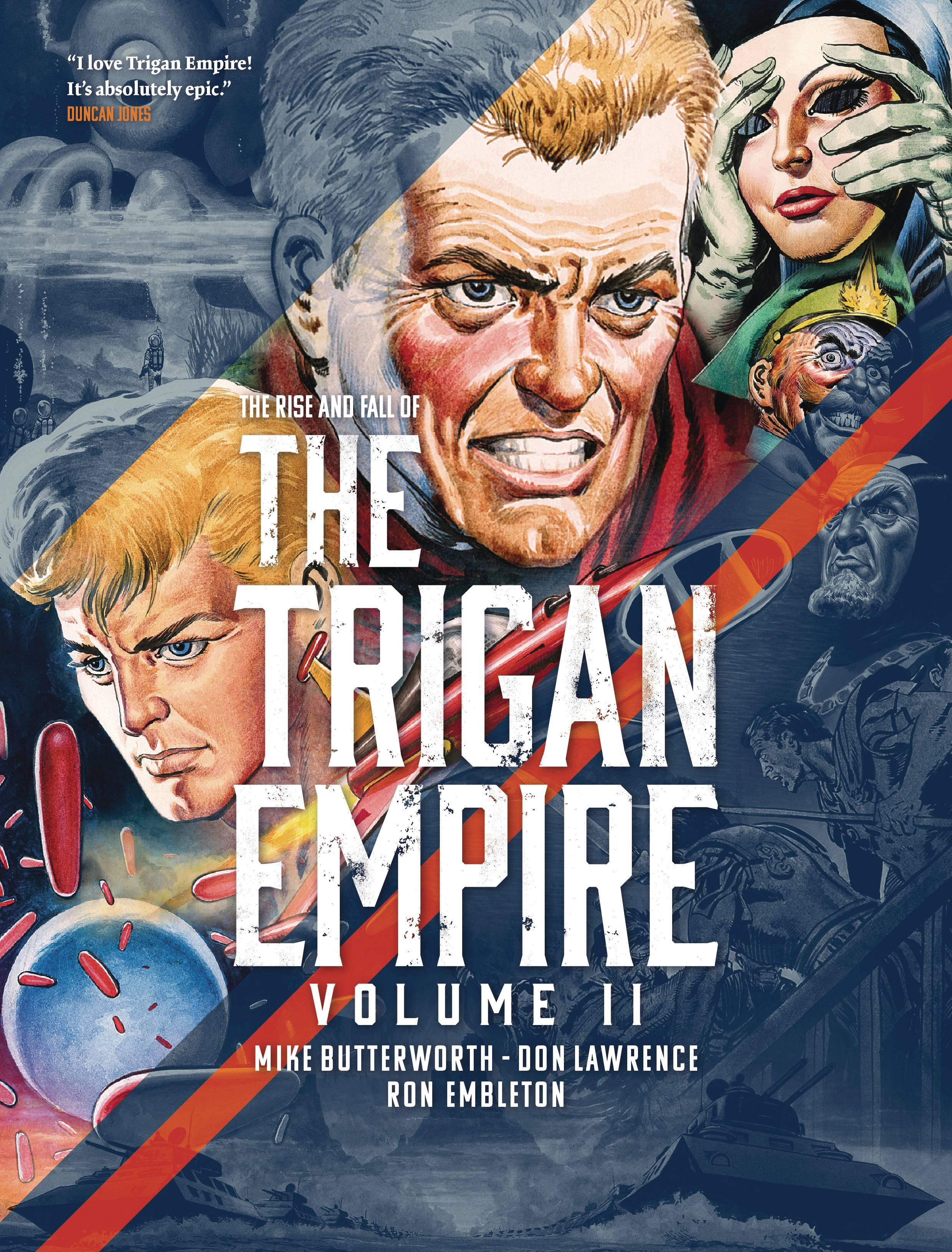 #
OCT201536
(W) Michael Butterworth (A) Ron Embleton (CA) Don Lawrence
Among the distant stars, fractious tribes come together to found a mighty empire that will wage war against aggressive kingdoms, battle alien invaders, and conceive of incredible new technologies. This extraordinary volume continues to chart the glorious Rise and Fall of the Trigan Empire! A landmark in British comics history, painted by the legendary Don Lawrence in stunning, classic style, and springing from the grandiose pen of Mike Butterworth, this is an epic tale that creates a new far-future science fiction mythos that captured the imagination of a generation which is long out-of-print and difficult to find.
In Shops: Feb 10, 2021
SRP: $24.99