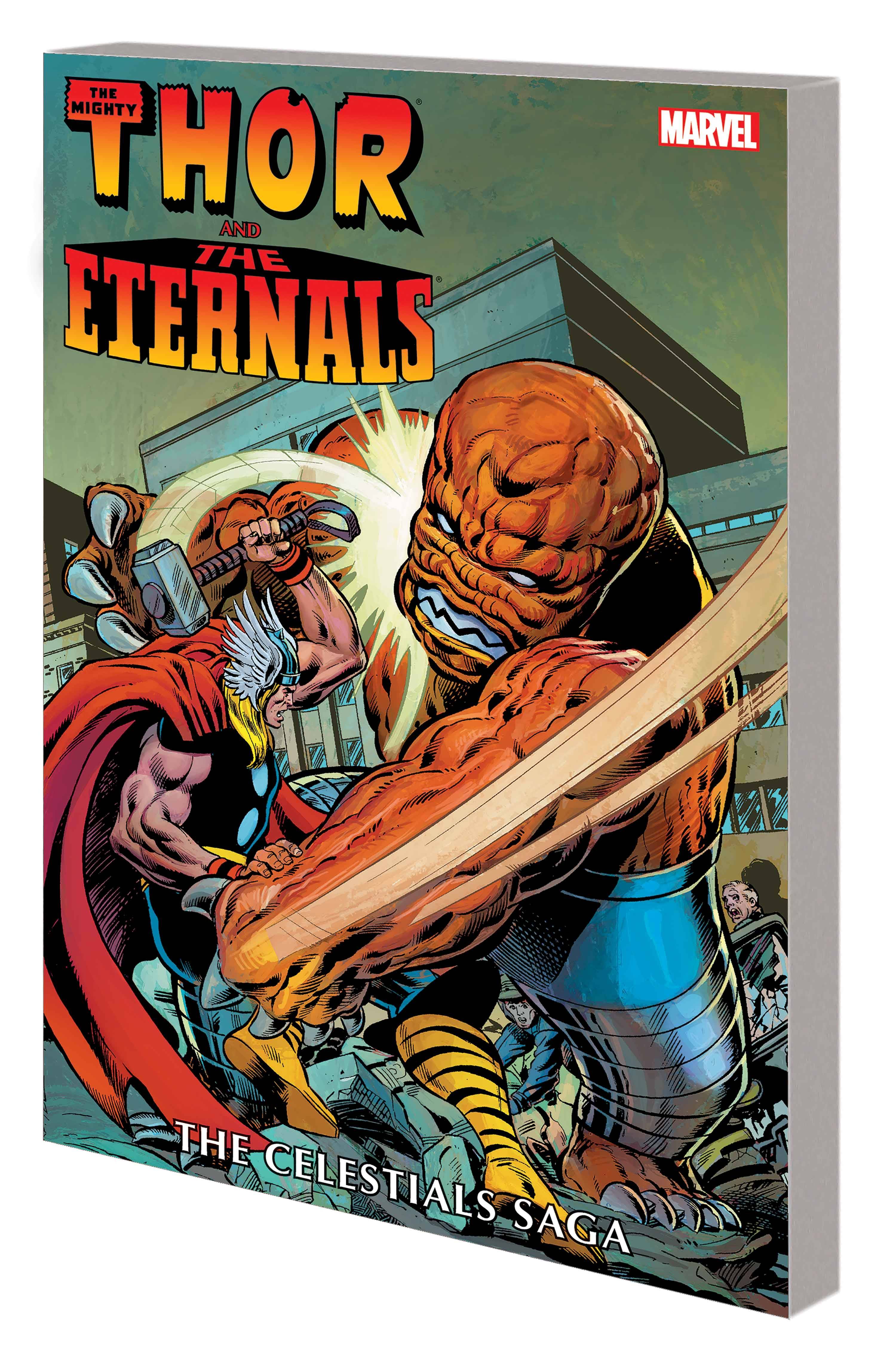 #
OCT200701
(W) Roy Thomas, Mark Gruenwald, Ralph Macchio (A) Keith Pollard, Walter Simonson, Arvell M. Jones (A/CA) John Buscema
Prepare - the Eternals are coming! Roy Thomas brings Jack Kirby's Eternals into the Marvel Universe in one of the greatest THOR sagas of all time! The Mighty Thor confronts Odin with questions about Ragnarok, his mother and the threat of the towering cosmic beings known as the Celestials. Odin refuses to reveal the truth, instead sending Thor on a quest for answers. Thor's journey will bring him face-to-face with the Eternals and reveal the long-hidden secrets of the Marvel Universe! Thus is the stage set for an unbelievable war between gods! Before the dust settles, the Fourth Host of the Celestials will descend on Earth to lay down their judgment - and both human and god may be found wanting. Collecting THOR (1966) #283-301 and ANNUAL #7.
Rated T
In Shops: Jan 13, 2021
SRP: $39.99
ORDER WISH LIST