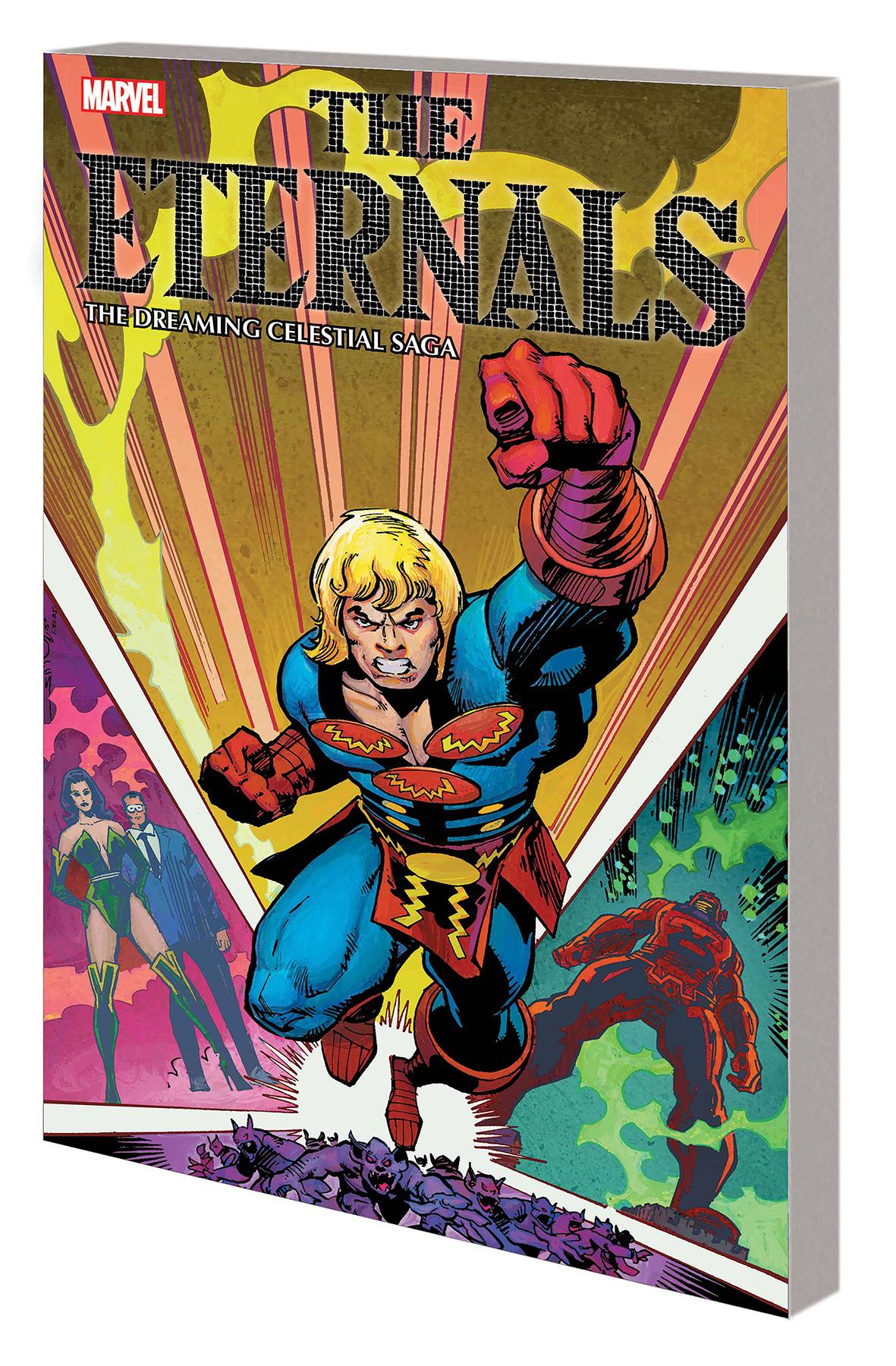 #
OCT200699
(W) Peter B. Gillis, Walter Simonson, Roger Stern, Mark Gruenwald, Ralph Macchio (A) Sal Buscema, Al Milgrom, Ron Wilson, Luke McDonnell, Keith Pollard, Paul Ryan, Rich Buckler (CA) Walter Simonson
The awesome Uni-Mind and a tragic death set the stage for a new era in the battle between the godly Eternals and their Deviant adversaries! The Eternals have spread out among the human population in secret. In these uncertain times, their new leader must hold the remaining Eternals together even as a new adversary emerges from deep in the Deviants' underground stronghold. Ghaur, leader of the Deviant priesthood, has discovered the location of a renegade Celestial, defeated and sealed away by his brethren long ago. If the Eternals can't come together and stop Ghaur, he will possess the cosmic power of this Dreaming Celestial - and conquer Earth! Plus: Don't miss the origins of the Eternals from rare WHAT IF? backup features! Collecting ETERNALS (1985) #1-12, IRON MAN ANNUAL #6, AVENGERS (1963) #246-248 and material from WHAT IF? (1977) #23-30.
Rated T
In Shops: Jan 13, 2021
SRP: $39.99
ORDER WISH LIST