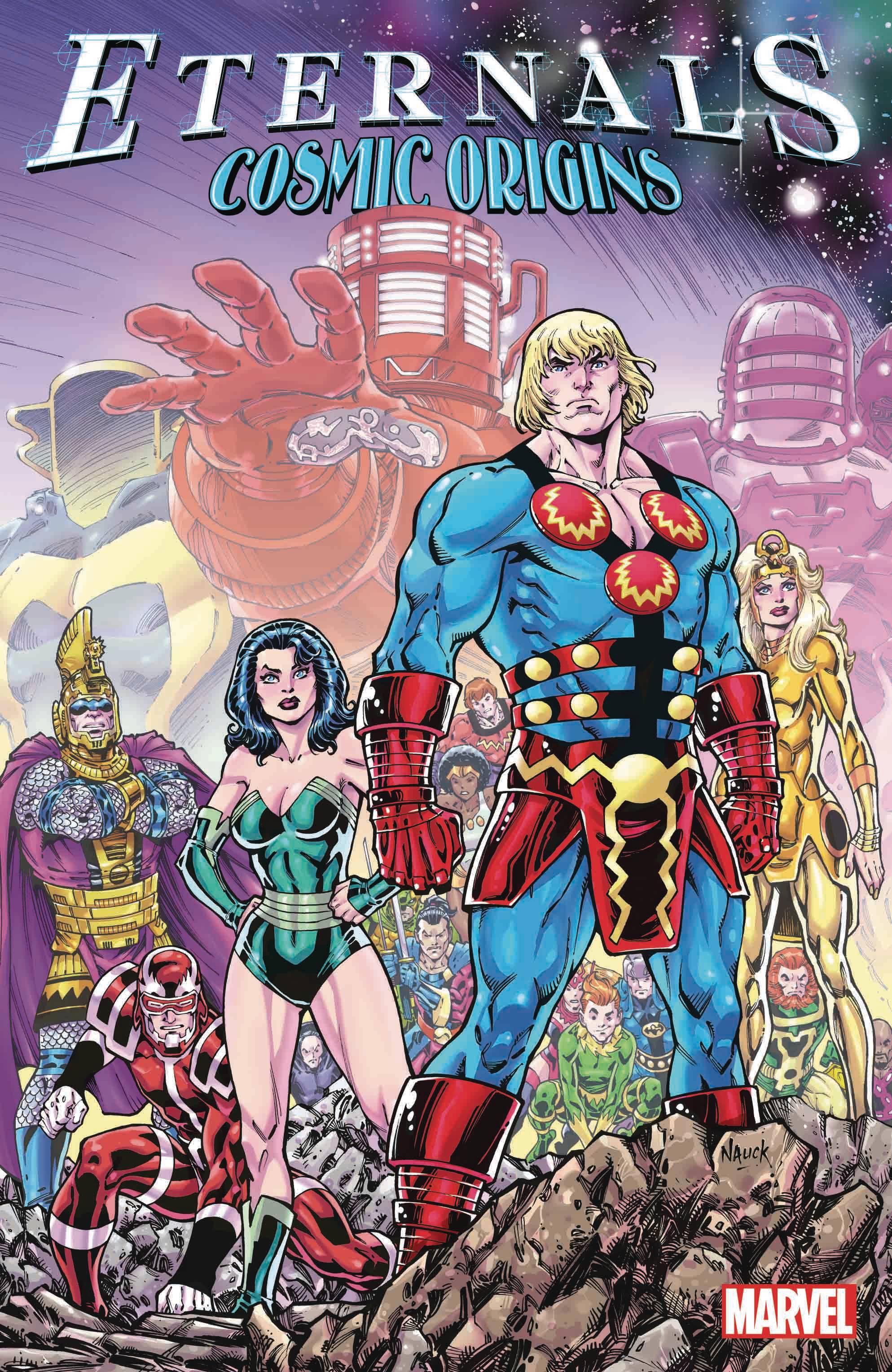 #
OCT200698
(W) Jack Kirby, Danny Fingeroth, Bob Harras, Mark Gruenwald, Ralph Macchio (A) Jack Kirby, Jim Valentino, Steve Epting, Ron Wilson, Rich Buckler (CA) Todd Nauck
When gods walk the Earth! Get to know the enigmatic Eternals - beginning with their introductory adventure by none other than Jack Kirby! The "King" introduced a new mythology for the Marvel Universe with the revelation that humankind is not alone. Thanks to the manipulations of the cosmic giants known as the Celestials, we unknowingly share Earth with the godlike Eternals - and their sworn enemies, the misshapen Deviants! Meet Ikaris, Sersi, Ajak and more, and learn the secret origin of their incredible race! Then thrill to a forgotten tale of the mighty hero Gilgamesh - and the thorn in his side called Sprite! And see the sorceress Sersi in a life-changing adventure with the Avengers - and her reluctant soul mate, the Black Knight! Collecting ETERNALS (1976) #1-3, AVENGERS SPOTLIGHT #35, AVENGERS (1963) #361 and material from WHAT IF? (1977) #23-28.
Rated T
In Shops: Jan 06, 2021
SRP: $17.99