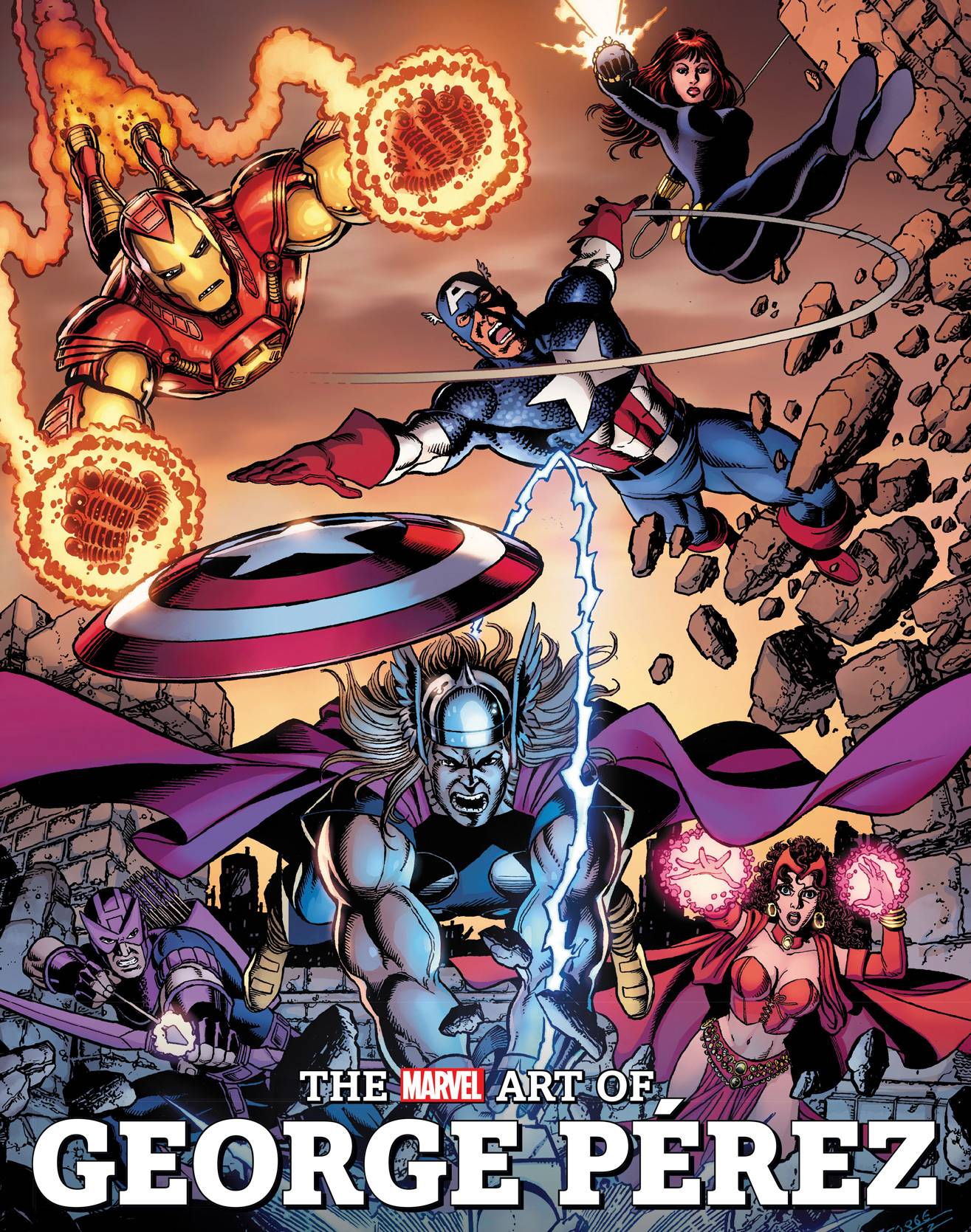 #
OCT200694
(W) Jess Harrold (A/CA) George Perez
Celebrating the artistic legacy of a true Marvel Comics legend! George Pérez first wowed fans in the 1970s, building a phenomenal reputation as a super-team illustrator without peer on AVENGERS, INHUMANS and FANTASTIC FOUR! His talents graced the super hero action of MARVEL TWO-IN-ONE, the martial-arts mayhem of DEADLY HANDS OF KUNG FU and the monster madness of Man-Wolf in CREATURES ON THE LOOSE! Years later, Pérez demonstrated his cosmic grandeur by wiping out half the Marvel Universe along with Thanos in INFINITY GAUNTLET! And as the Avengers made a heroic return in 1998, so too did Pérez, joining writer Kurt Busiek to usher Earth's Mightiest into a new era of greatness. Nobody can draw an army of heroes in a single image better than George Pérez can!
Rated T+
In Shops: Apr 14, 2021
SRP: $50.00