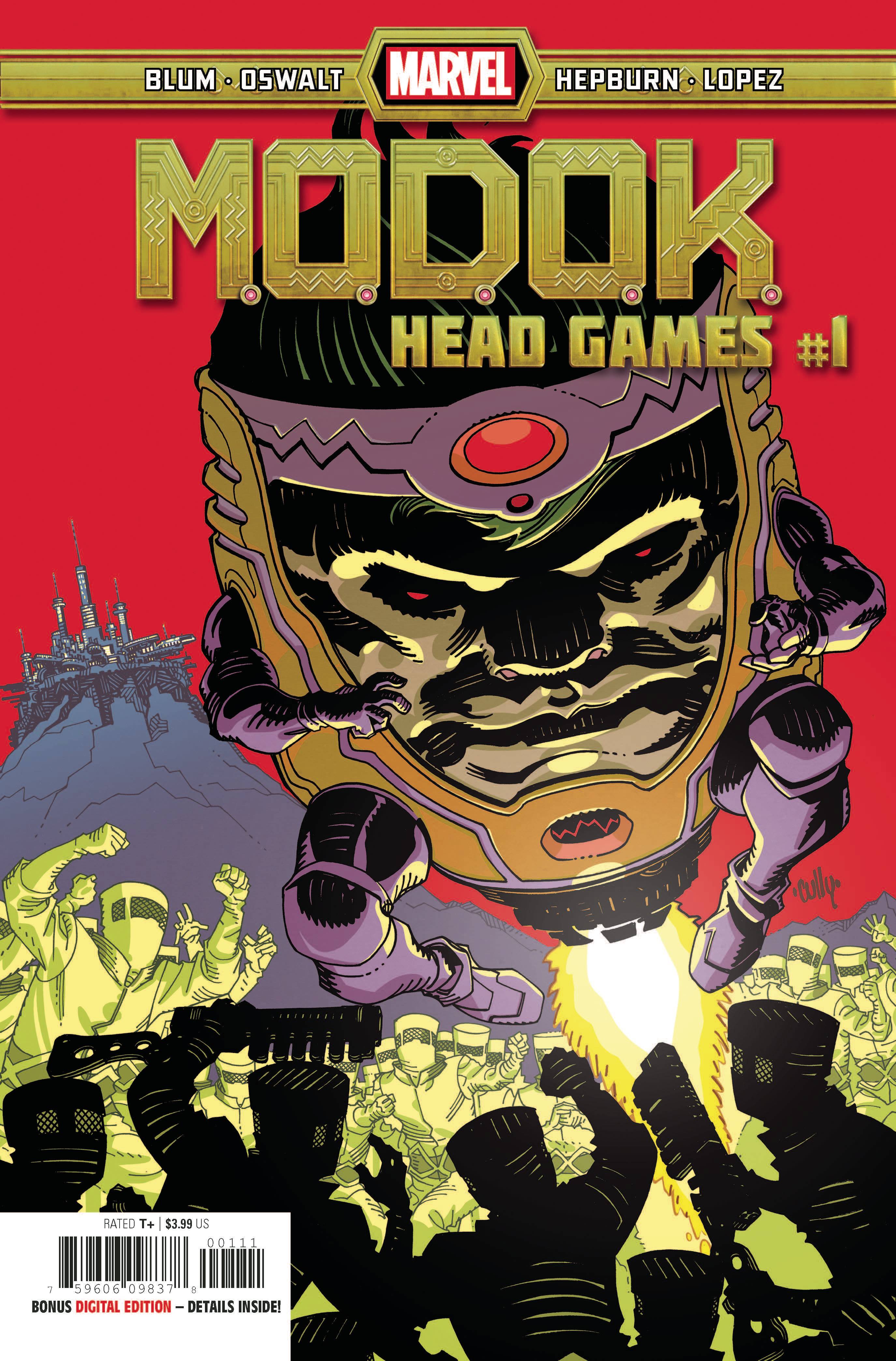 #
OCT200550
(W) Jordan Blum, Patton Oswalt (A) Scott Hepburn (CA) Cully Hamner
From Patton Oswalt and Jordan Blum, showrunners of the upcoming animated Marvel's M.O.D.O.K. show on Hulu, comes a journey into the mind of one of the biggest heads in the Marvel Universe! M.O.D.O.K. is the ruthless and brilliant leader of the terrorist organization AIM, outsmarting heroes and outmaneuvering his cutthroat colleagues gunning for his position... but when he begins to be haunted by memories of a family he never had, it leaves him unsure if he is losing his freakishly-large mind, or if perhaps there is a lot more to this enormous mind... or if there is something more sinister behind these visions.
RATED T+
In Shops: Dec 02, 2020
SRP: $3.99
View All Items In This Series
ORDER SUBSCRIBE WISH LIST