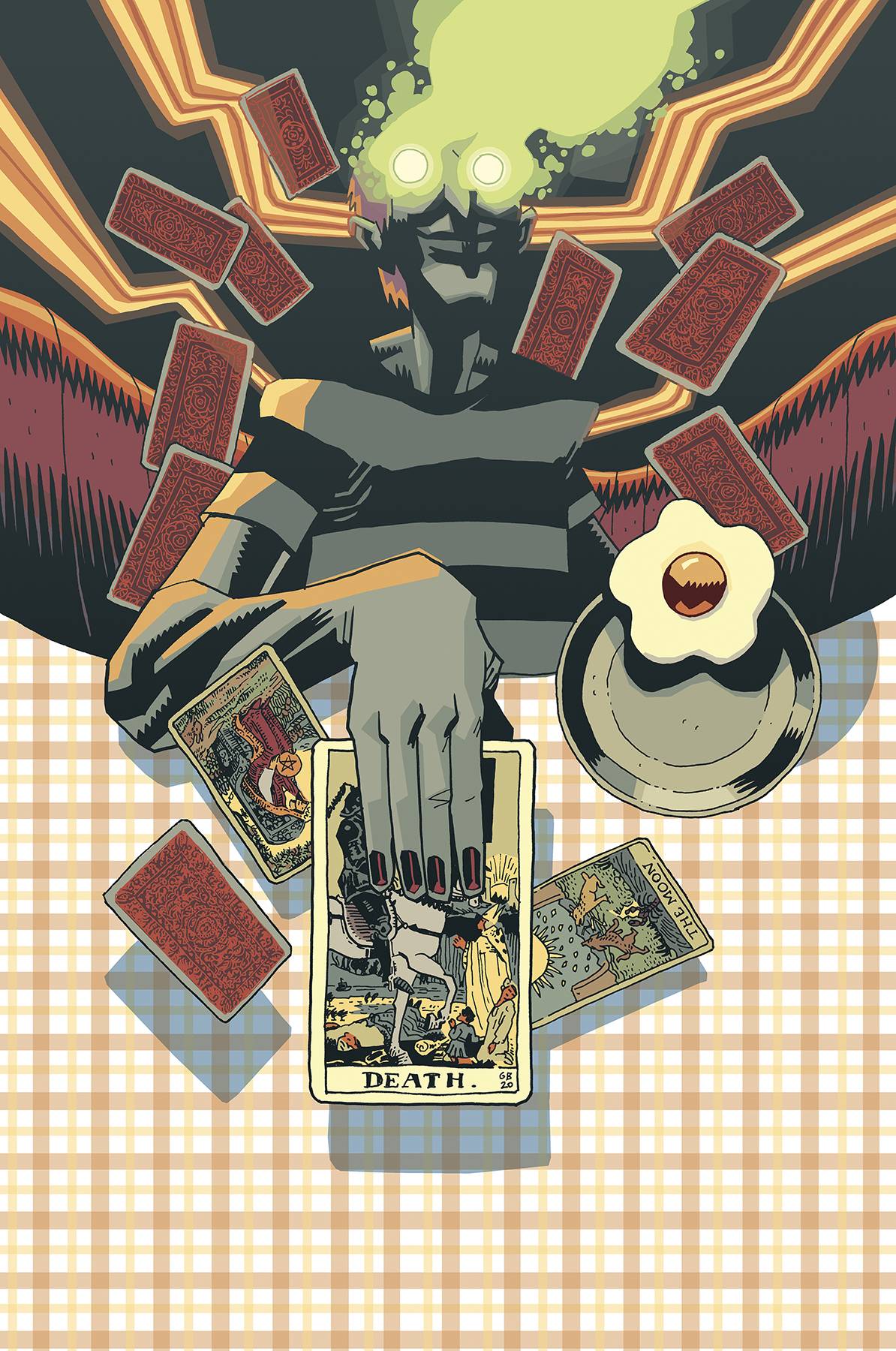 #
OCT200267
(W) Gerard Way, Shaun Simon (A) I.N.J. Culbard (CA) Gabriel Ba
The Hollywood Gods reveal why the once-famous Vivian Clarke was blacklisted, and Klaus sees a side of Vivian that scares even him. Business is booming at the underground vampire amusement park-funhouse mirrors don't really work for the undead, but the bobbing-for-apples-in-blood-station is a hit. The vampire chimp boss discovers that Klaus could serve him better alive than dead.