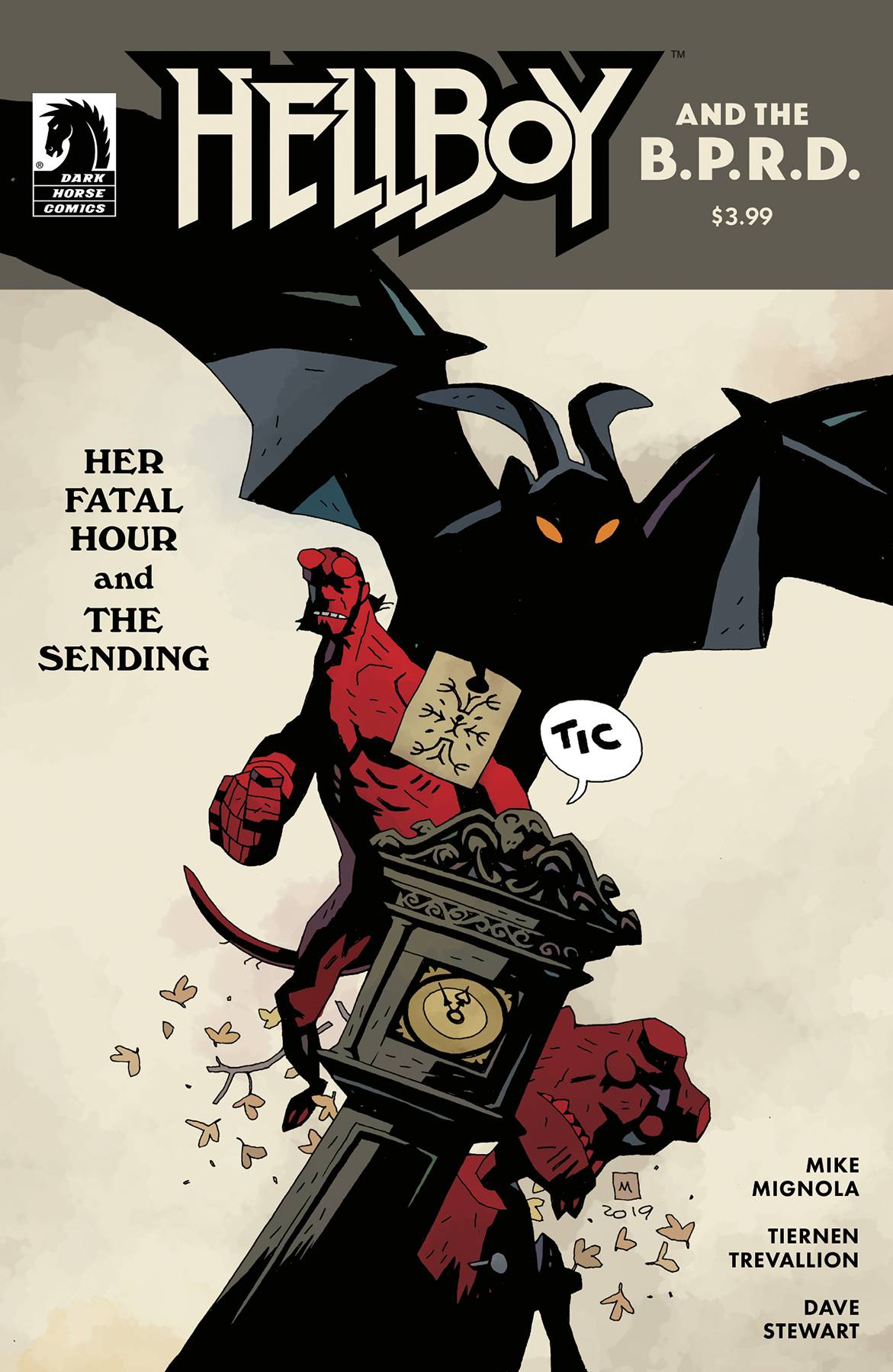 #
OCT200260
(W) Mike Mignola (A) Tiernen Trevallion (CA) Mike Mignola
Gone, but not forgotten!
Years after Hellboy's ill-fated tangle with the Beast of Vargu, the Romani women who helped him need that debt repaid. Claimed by a demon in a romance gone wrong, the younger woman reaches out to Hellboy through the power of a familiar old puppet, and a supernatural confrontation full of magic and mayhem ensues! In a second short story, Hellboy goes head to head with a phantom who is looking for an object completely unknown to the living people the ghost is terrorizing.
Master of horror Mike Mignola is joined by artist extraordinaire Tiernen Trevallion and award-winning colorist Dave Stewart to bring you the follow-up to smash Hellboy hit "The Beast of Vargu"!