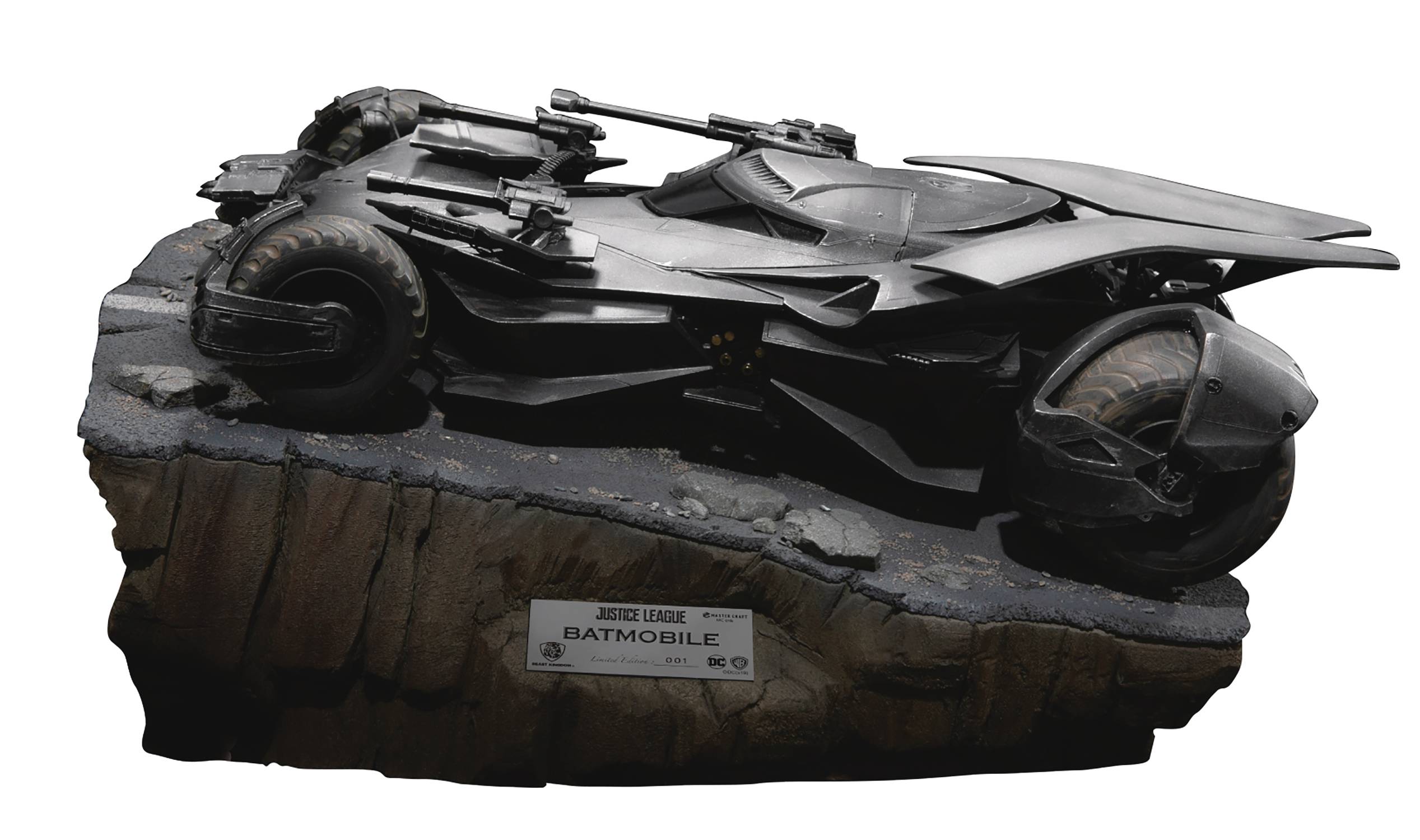 # #
OCT198918
From Beast Kingdom. A PREVIEWS Exclusive! Everyone has that one car they dream of having, and now you can own one of the coolest vehicles on the planet! The latest in the Master Craft series is the Justice League Batmobile! In the most recent Justice League Movie: Batman showcases an upgraded Batmobile with heavy power and high-tech functionalities, a must to defeat the army's set on Earth by the evil Steppenwolf! A sleek, yet with a battle-tank aesthetic, this latest Batmobile has won over the hearts of fans the world over. Featuring the highest level of detail: the loading guns, wheel treads, light up headlights, and a dynamic damaged base truly brings the Batmobile to life. 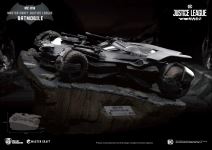 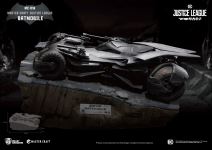