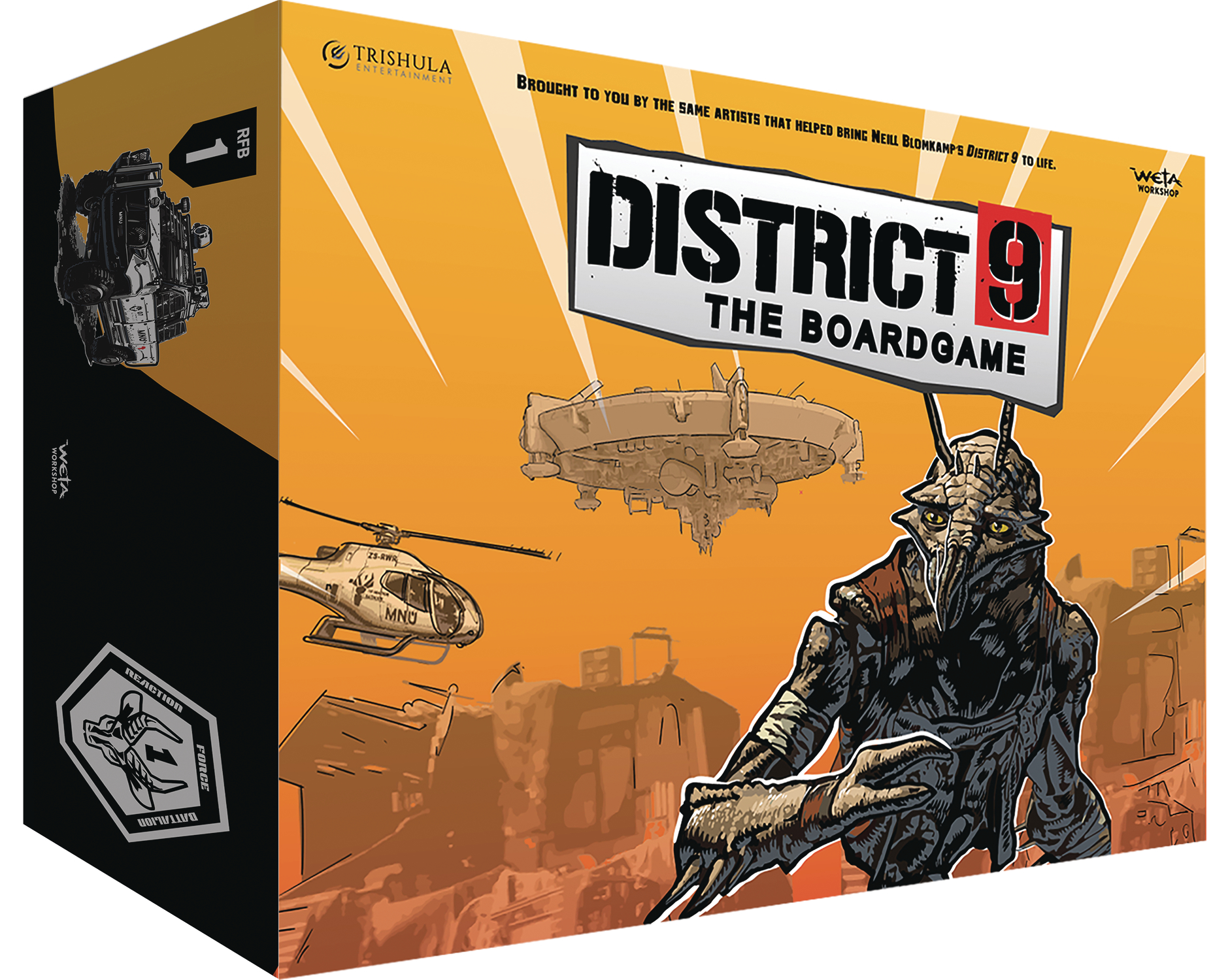 OCT198044
From Weta Workshop. District 9: The Board Game is a competitive 2-4 player game that lets players relive the sci-fi classic through a whole new perspective. District 9 was one of the most successful movies of 2009, nominated for 4 Academy Awards including Best Picture. Written and directed by Neill Blomkamp and produced by Peter Jackson, the film explored race relations through the language of science fiction. The guns, the aliens, the vehicles, the graphic language - the world of District 9 was designed and developed at Weta Workshop. Taking on the role of a faction from the District 9 world, players vie for control of the district and its technological resources by interacting with the local population, iconic characters, and each other.The game unfolds over the 3 days in which the film's events take place. Players begin by setting up various district tiles to create a dynamic game board. A variety of different-shaped district tiles allow for the board to be unique each play through. Players then set up their starting tile at the edge of the district, simulating where they have strategically chosen to enter. Using orders to move their units around the board, and cards to augment their abilities, players lead their faction in a bid to salvage the biggest stockpile of alien technology. As the competition heats up, the unrest in District 9 escalates. Wikus' actions during the prawn evictions, and the ensuing man-hunt, drive the stakes higher and higher until the climactic finale: when Wikus dons the prawn mech suit for his heroic last stand. The player who can weather the chaos of battle, and salvage the most alien technology, is declared the winner.