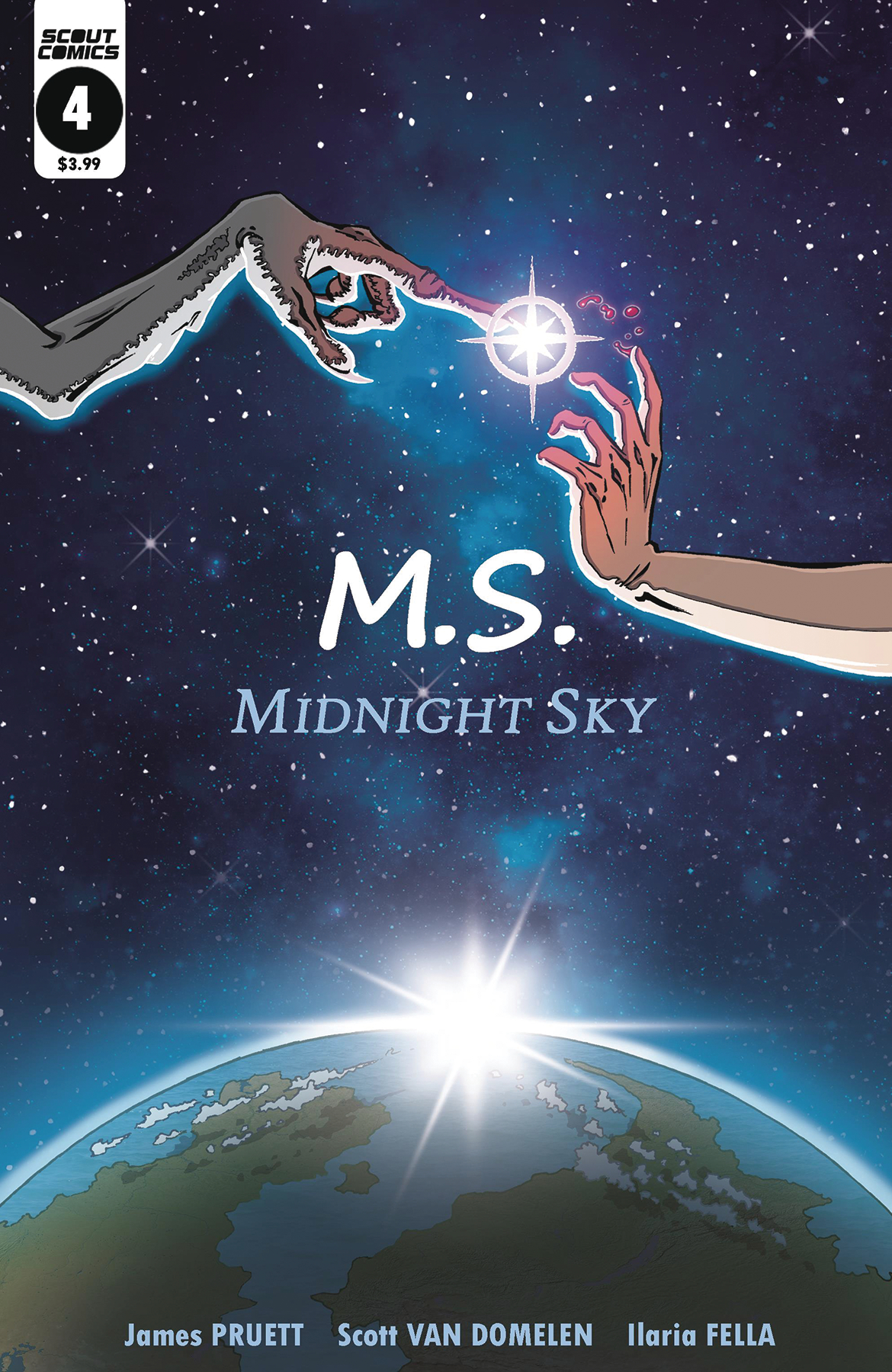 OCT192060
(W) James Pruett (A/CA) Scott Van Domelen
After discovering the Changelings' plans for human children, Jennifer, Elita and Alejandro find themselves on the run from their hunters who are attempting to eliminate Elita as a threat, as her reputation continues to inspire the desperate humans. While attempting to avoid detection by following the remnants of antiquated airmail beacons and fire watch towers, the crew find themselves in the middle of a hijacking of a MassiveMart supply train, the only remaining economic powerhouse in the region, full of rare supplies on its way to the wealthy class that are working in conjunction with the invading horde. Will these marauders become allies or another threat? MIDNIGHT SKY is Invasion of the Body Snatchers meets They Live. Featuring two covers by series artist Scott Van Domelen, including a special E.T. homage.