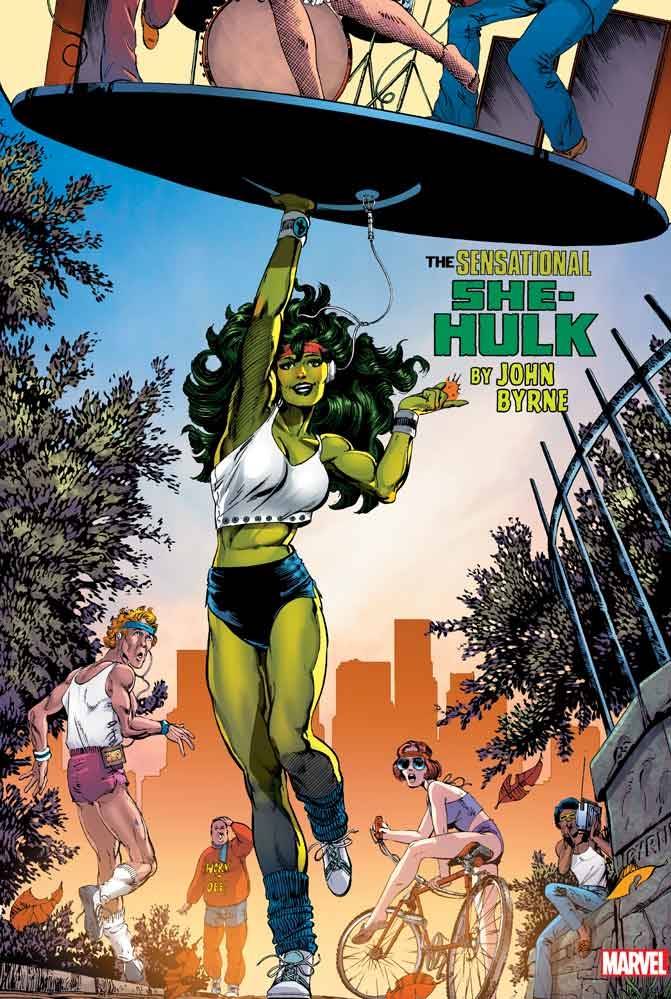 #
OCT191099
(W) John Byrne, More (A) More (A/CA) John Byrne
After making her a front-and-center star in his acclaimed FANTASTIC FOUR run, writer/artist John Byrne took She-Hulk solo in a classic graphic novel and an outrageous ongoing series! Now Byrne's complete adventures of "Shulkie" are collected in one sensational omnibus, as Jennifer Walters smashes the glass ceiling - and the fourth wall - in hilarious fashion! See She-Hulk: Targeted by S.H.I.E.L.D.! Battling Spider-Man! Beheaded! Facing Dr. Bong's wrath! Alongside Santa Claus! On her own Star Truck! Hosting her own Golden Age guest star! Taking on Spragg the Living Hill! And heading on a puntastic Jenny to the Center of the Earth! But will She-Hulk say "I do" to the Mole Man? And is her greatest nemesis Xemnu the Titan...or John Byrne himself?! Collecting MARVEL GRAPHIC NOVEL #18 and SENSATIONAL SHE-HULK #1-8, #31-46 and #48-50 and material from MARVEL COMICS PRESENTS (1988) #18.
Rated T+
In Shops: Jun 03, 2020
SRP: $125.00
ORDER WISH LIST