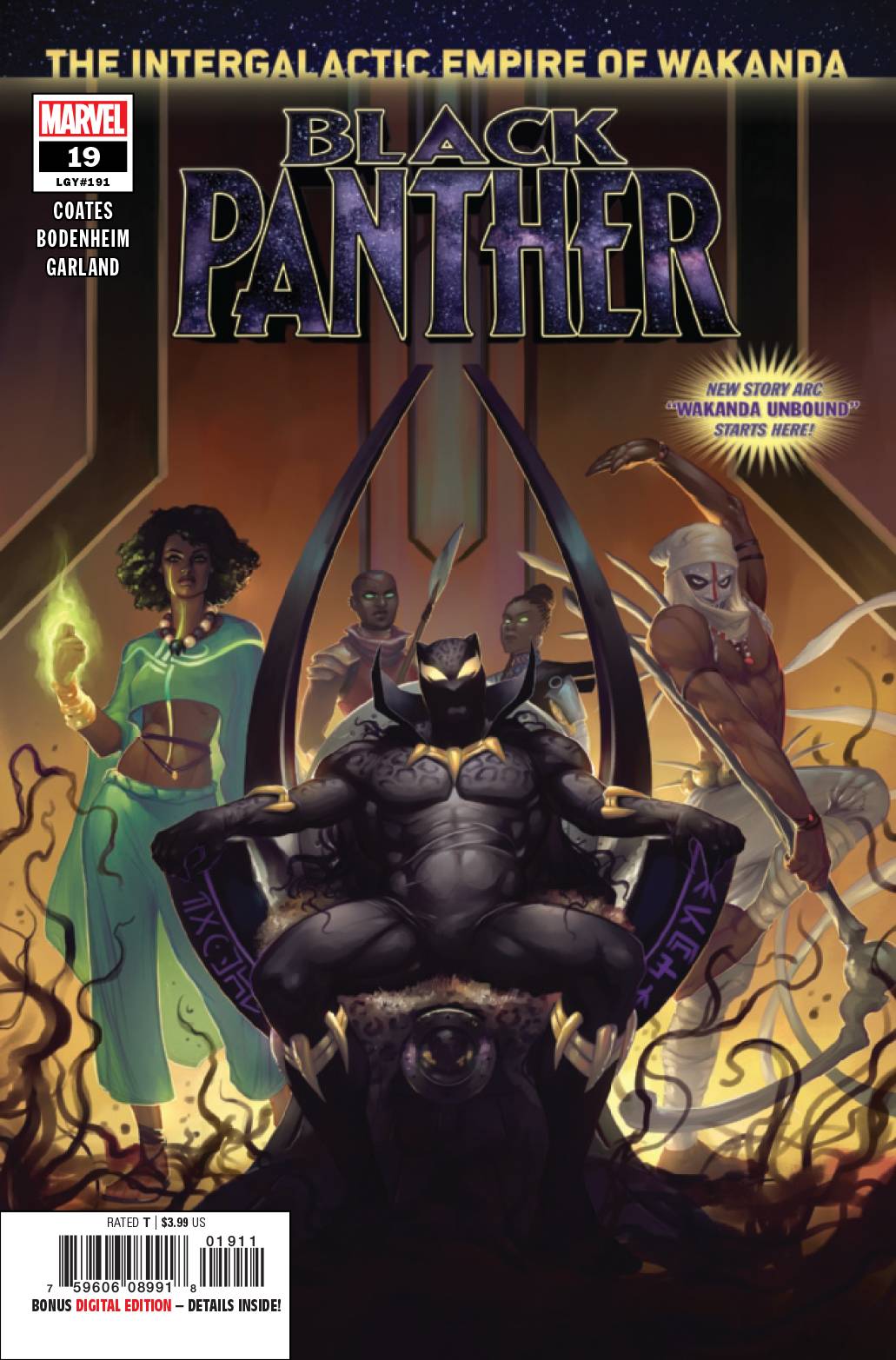 #
OCT191039
(W) Ta-Nehisi Coates (A) Ryan Bodenheim (CA) Meghan Hetrick
THE FINAL ARC OF THE "INTERGALACTIC EMPIRE" BEGINS HERE!
The groundbreaking story of a king who became a slave - a slave who became a legend - reaches a tipping point as N'Jadaka's invasion of Earth continues! Wakanda goes to war against its own future...and its only hope lies in the king who brought them to this point.
Rated T+
In Shops: Dec 18, 2019
SRP: $3.99
View All Items In This Series