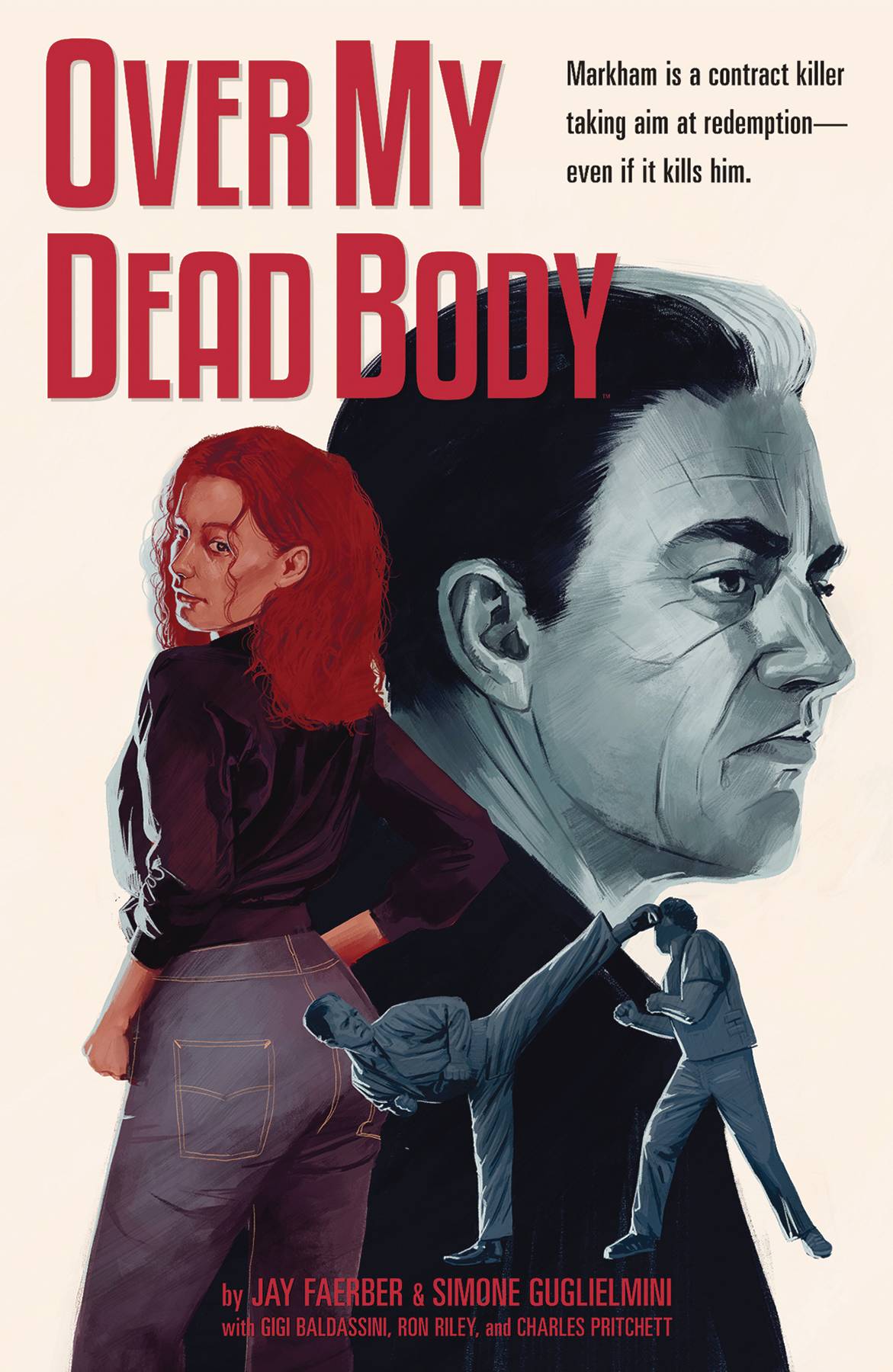 #
OCT190056
(W) Jay Faerber (A) Simone Guglielmini, Gigi Baldassini (CA) Jacob Phillips
A prison warden's daughter has fallen in with a separatist militia, and the warden's only chance to rescue her is his most dangerous inmate: the notorious contract killer, Markham. Markham claims that a near-death experience convinced him to atone for his past sins, and to start saving lives instead of taking them. This may be Markham's one last shot at redemption. But is he ready to die for that shot?

A fast-paced, pulpy thriller for fans of Jack Reacher and John Wick, OVER MY DEAD BODY is an all-new original graphic novel featuring characters from the acclaimed NEAR DEATH comic book series.