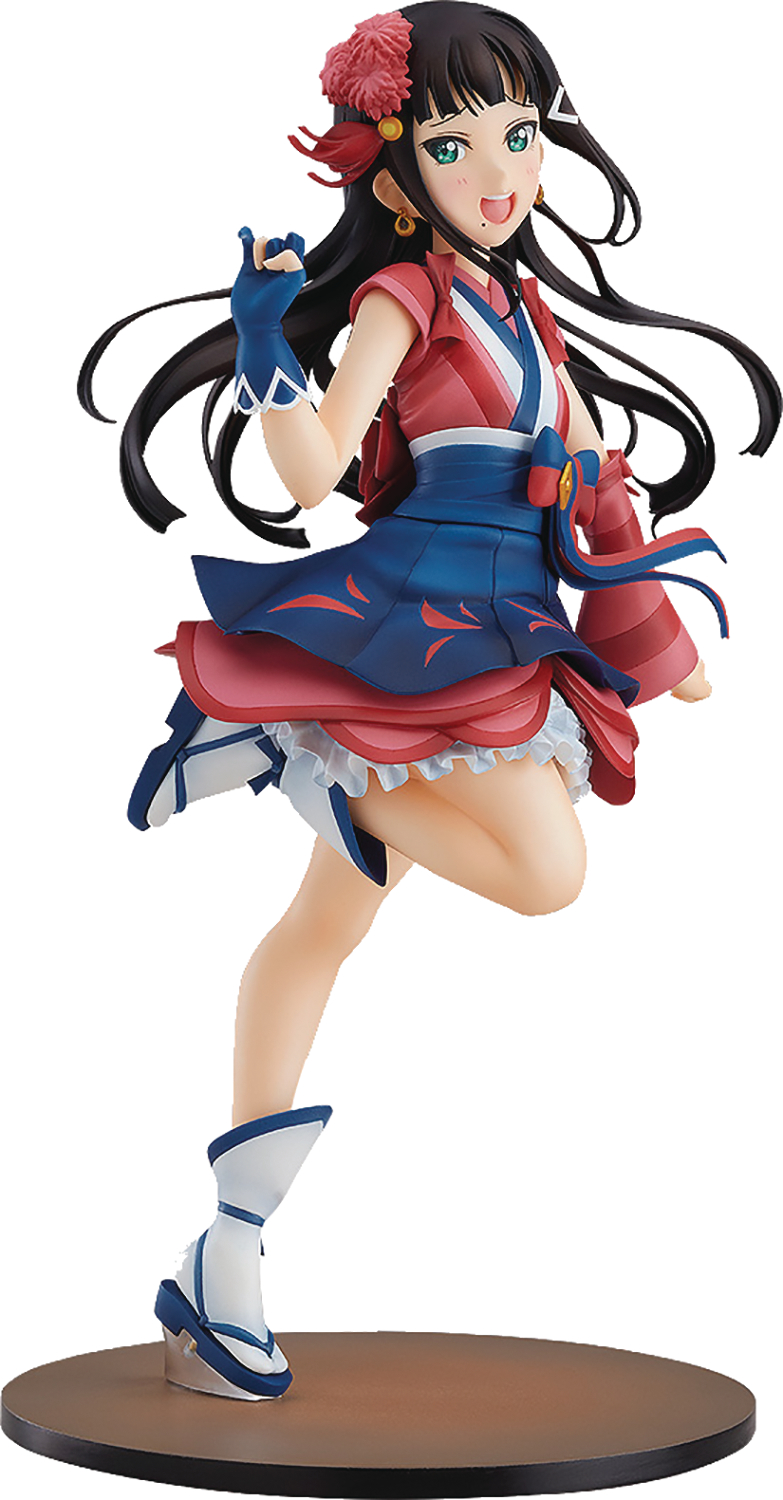 OCT188600
From Bandai Namco. The 7th figure in the With Fans! series is the student council president of Uranohoshi Girls' High School! From the anime series LoveLive!Sunshine!! comes a 1/7-scale figure of Dia Kurosawa based on the illustration that was used as a jacket illustration for the one of the Blu-rays of the first season! The illustration of Dia blushing as she checks the fit of her outfit has been faithfully sculpted into a scale figure. The dynamic movement of her hair as she spins to check the fit has been captured perfectly. Her complex outfit has been sculpted to give it the realistic appearance of layered clothing with multiple fabrics.