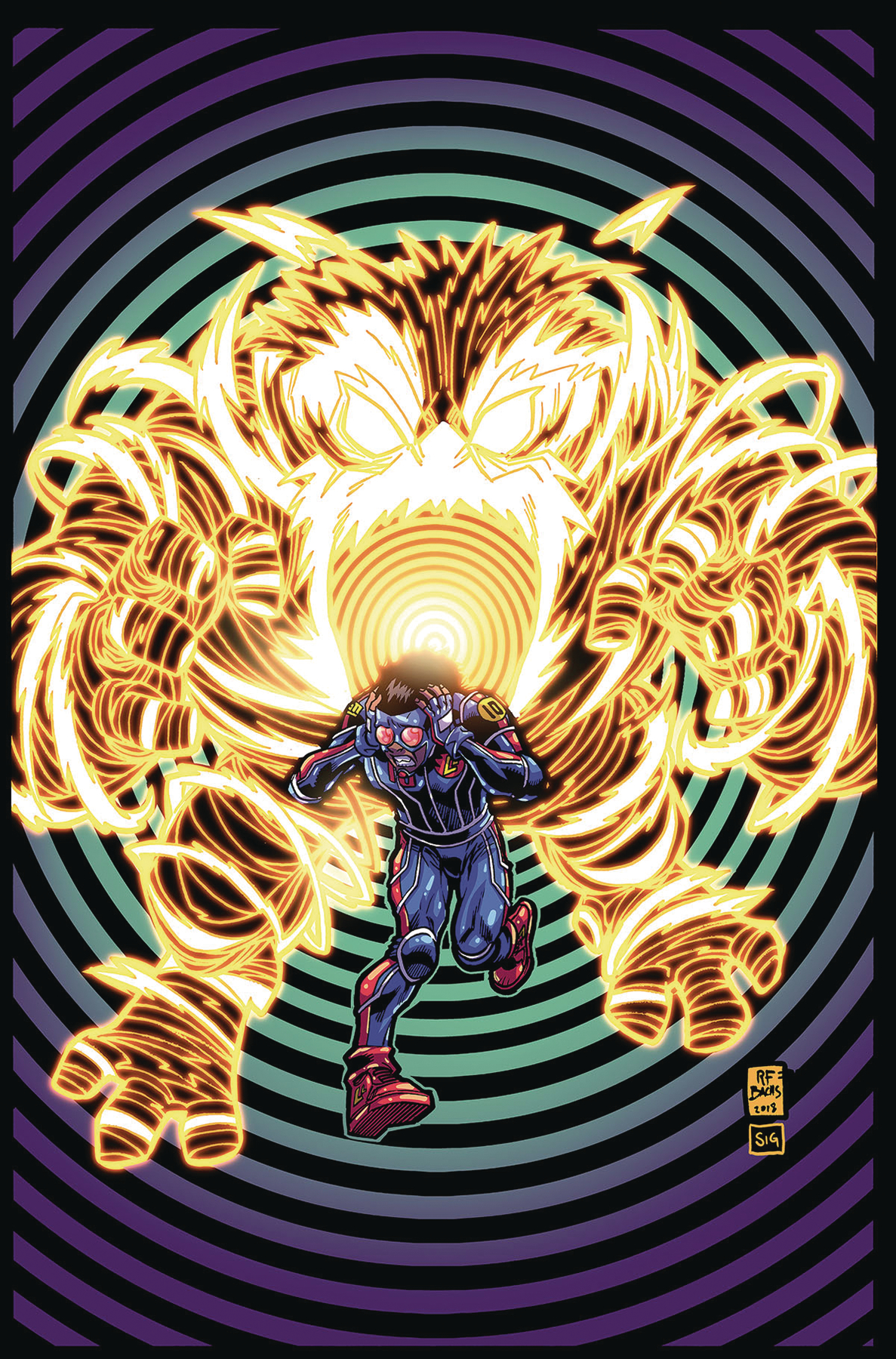 OCT181795
(W) Joe Casey (A/CA) Ramon Bachs
Daniel Dos Santos has been facing a lot of big problems lately, including losing both his job and his girlfriend. But his problems are growing bigger by the minute-literally-now that the bizarre, sound based creature known as "The Fuzz" has escaped and threatens to take out the entire city? As if that wasn't enough to keep Daniel running for his life, George Hayes has renewed his vows to kill his daughter's ex with his trio of villainous superbrutes. Run, Daniel, run!
In Shops: Dec 12, 2018
SRP: $3.99
View All Items In This Series