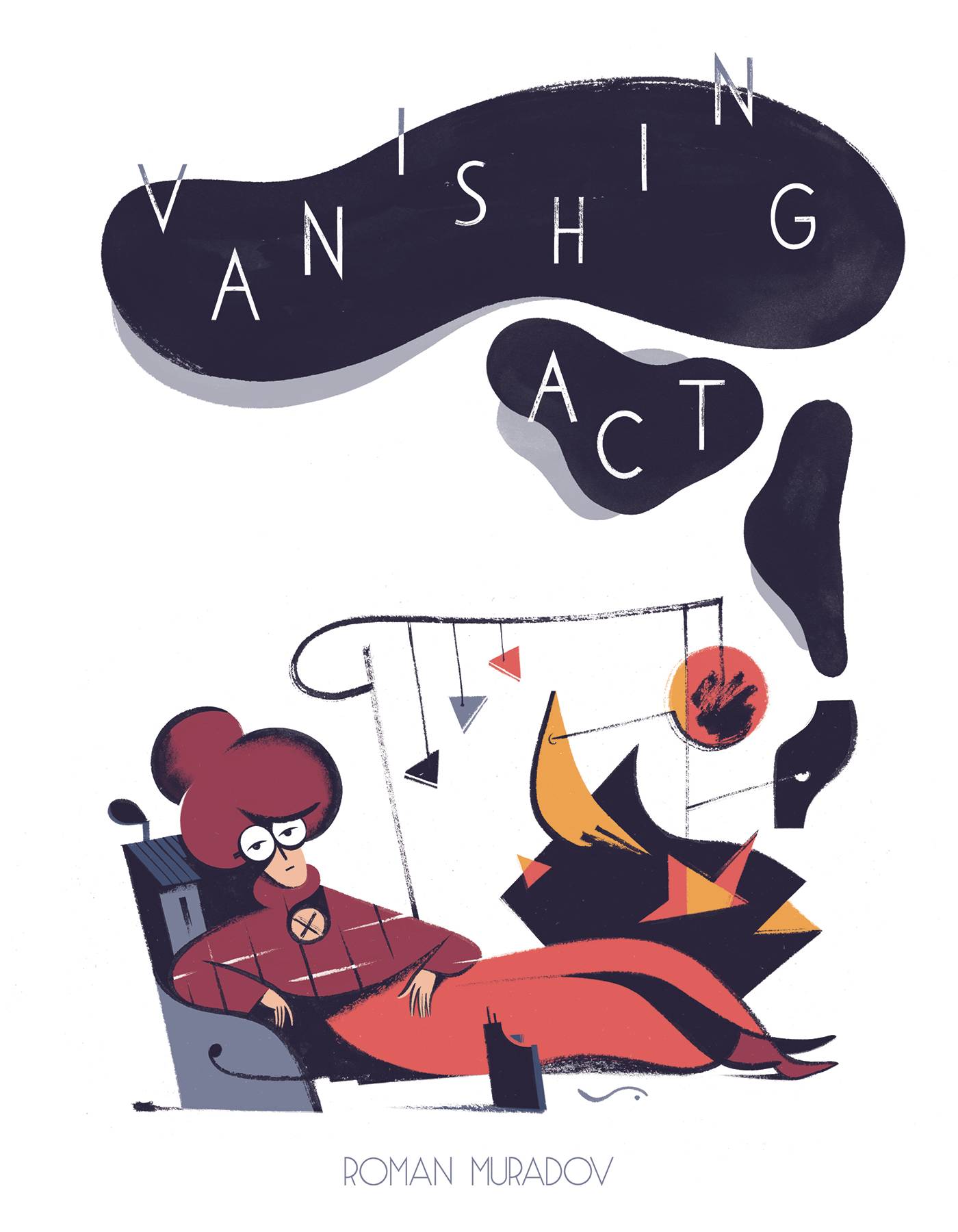 #
OCT181718
(W) Roman Muradov (A/CA) Roman Muradov
Written and drawn in thirteen styles, from comedy and confession to prophecy and interpretative dance, Vanishing Act is a polyphonic play of interconnected stories, synchronized in time and space on one melancholy evening. A paranoid man rehearses the upcoming party. A disheveled actor expounds on the conceptual potential of sitcoms. A beloved dog disappears into the Internet and starts a cult. A couple runs their argument in reverse. A bored seagull excretes the entire known universe. Vanishing Act is governed by one looping constraint that unifies all of the disparate threads: each following story starts in the middle of the previous one, overlapping until the end of the night, and back into the beginning of the book.
In Shops: Dec 05, 2018
SRP: $14.99