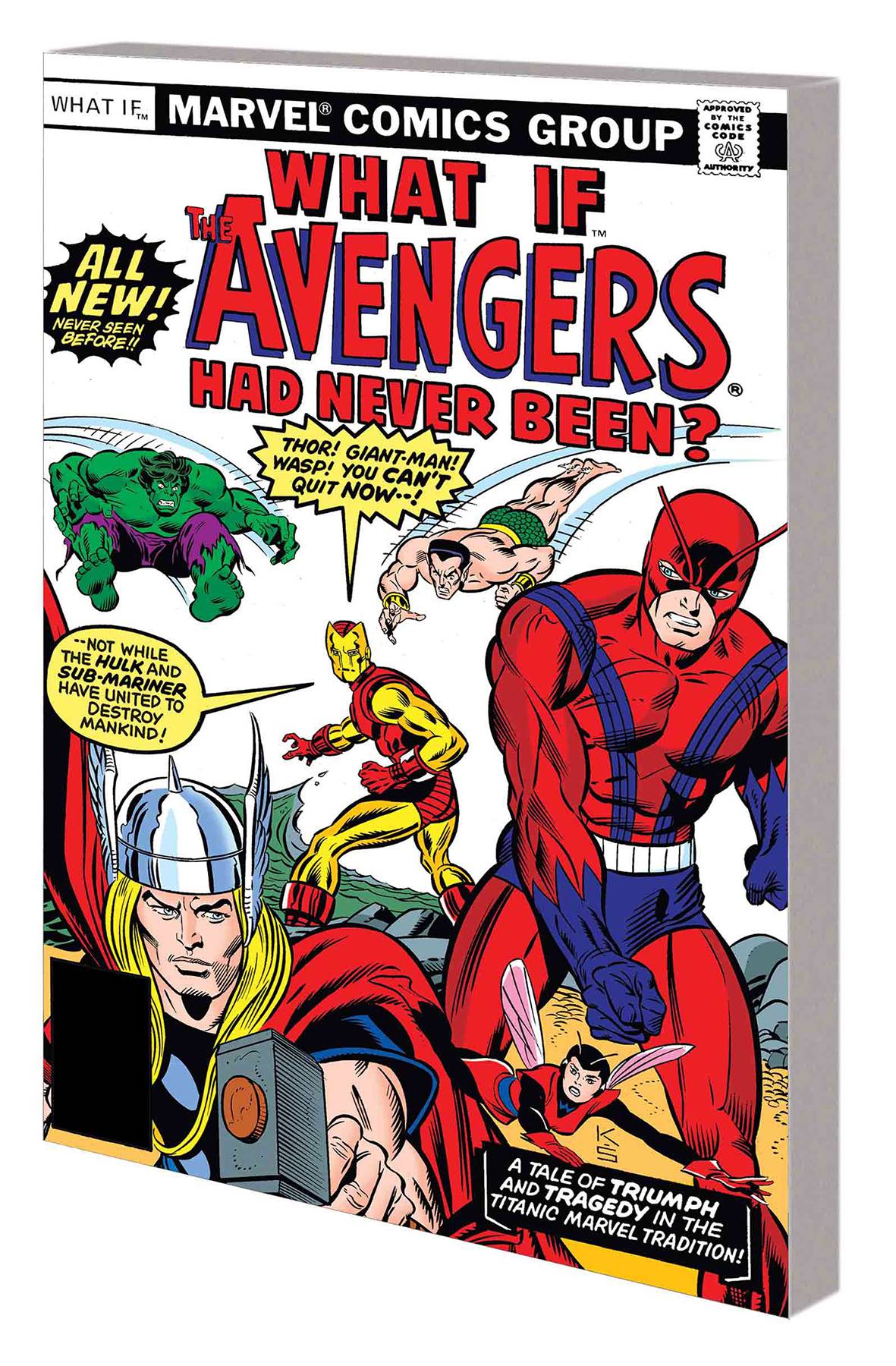 #
OCT181035
(W) Roy Thomas, Gil Kane, More (A) Jim Craig, Herb Trimpe, More (CA) George Perez
Titanic tales of triumph and tragedy in the mighty Marvel tradition - with a twist! Overseen by the Watcher, the most offbeat series of all revisited major Marvel moments, asking the tantalizing question: what if? Imagine that a young Spider-Man joined the Fantastic Four! Consider the Hulk with Bruce Banner's brain! Envision a world where the Avengers never existed - or one where they assembled in the 1950s! How about the FF with different powers? Daredevil's secret exposed? Cap and Bucky surviving World War II? The first time Jane Foster wielded the hammer of Thor, a different Hulk or multiple Spider-People? Some of the ideas that shook Marvel's foundations began in the realm of remote possibility! But can even Uatu believe his eyes when Jack Kirby reimagines himself and his fellow Bullpen legends as the Fantastic Four?! Collecting WHAT IF? (1977) #1-12.
Rated T
In Shops: Jan 16, 2019
SRP: $39.99
View All Items In This Series
ORDER SUBSCRIBE WISH LIST