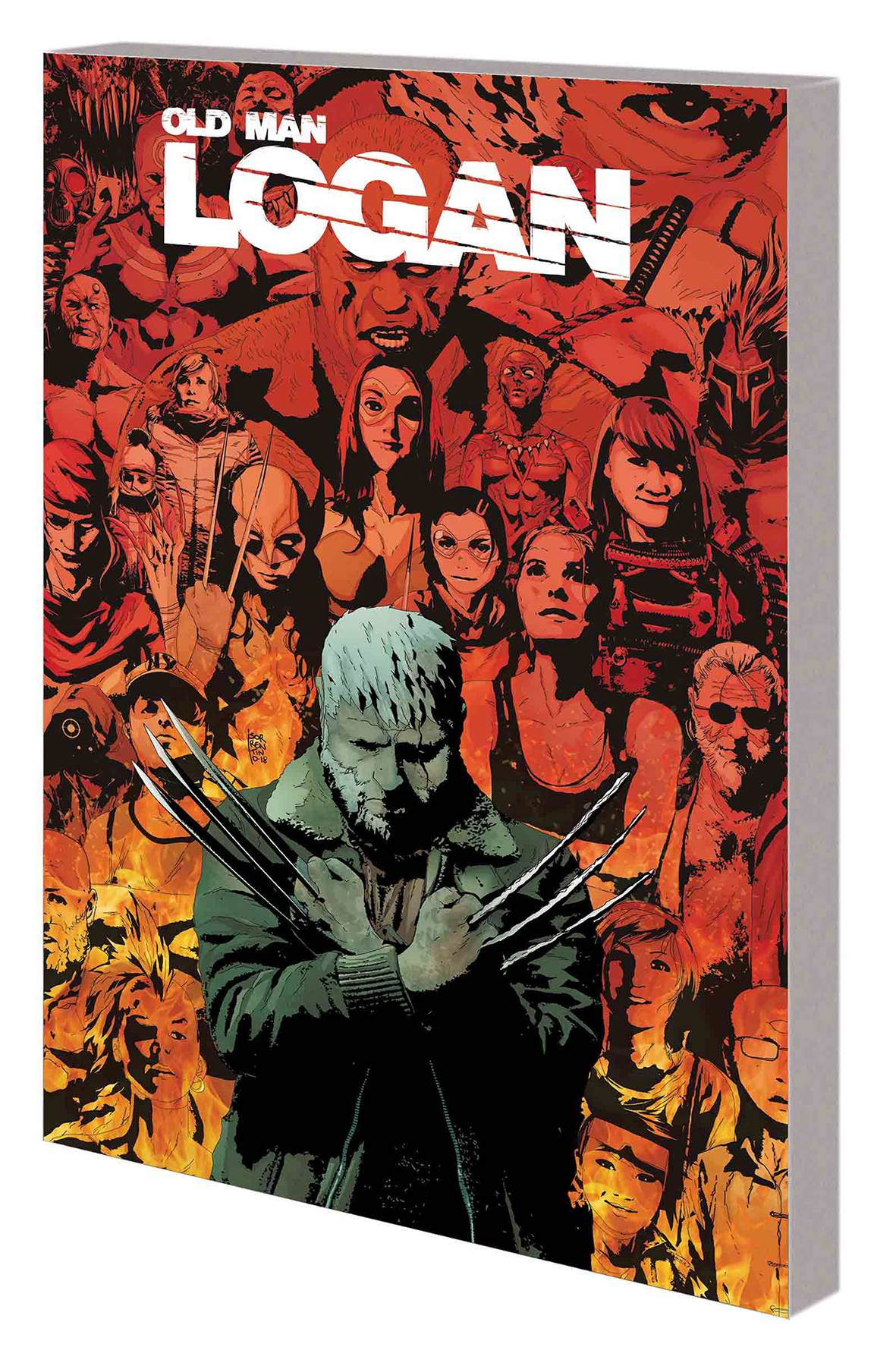 #
OCT181025
(W) Ed Brisson, Ryan Cady (A) Damian Couceiro, Ibraim Roberson, More (CA) Andrea Sorrentino
When a mysterious unidentified flying object crash-lands in the Yukon, Old Man Logan is called to investigate! What lies within? What does it want with Logan? The Marvel Universe's newest alien menace is on the loose and ready to start a rampage - beware the creature from the blackness of space! Then, Logan's declining health takes a turn for the worse - which is especially bad timing when the Maestro returns! It's a Wolverine vs. Hulk fight like you've never seen before! If his golden years are going to be cut short, you can count on Logan to rage against the dying of the light! Plus: Return to the Wastelands in a brutal tale that reveals what became of the Punisher in Logan's future past! Collecting OLD MAN LOGAN (2016) #46-50 and ANNUAL #1.
Parental Advisory
In Shops: Jan 09, 2019
SRP: $17.99
View All Items In This Series
ORDER SUBSCRIBE WISH LIST