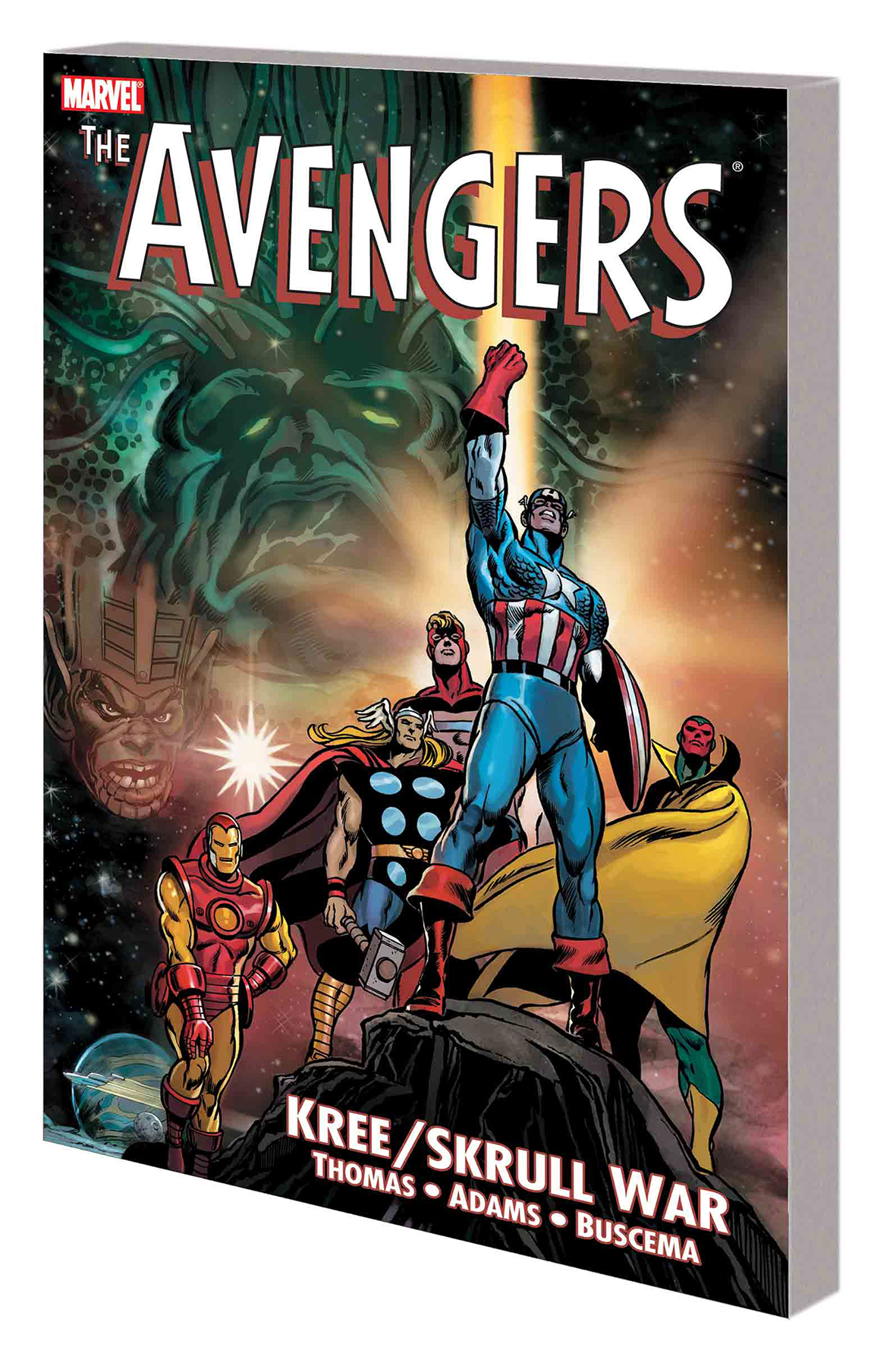 OCT181021
(W) Roy Thomas (A) Sal Buscema, John Buscema (A/CA) Neal Adams
A conflict of star-spanning proportions - with Earth caught in the crossfire! Those eternal intergalactic enemies, the merciless Kree and the shape-changing Skrulls, have gone to war - and our planet is situated on the front lines! Can Earth's Mightiest Heroes bring about an end to the fighting before humanity becomes a casualty of war? And what good are even a dozen super-powered champions against the vast military machines of two of the great empires of the cosmos? The key to victory lies with the expatriate Kree Captain Mar-Vell - and his human host, honorary Avenger Rick Jones! Featuring the trend-setting artwork of Neal Adams, the Kree/Skrull War is universally acknowledged as one of the finest and most important sagas in the Marvel canon. Guest-starring the Fantastic Four, Nick Fury of S.H.I.E.L.D. and more! Collecting AVENGERS (1963) #89-97.
Rated T
In Shops: Jan 02, 2019
SRP: $24.99