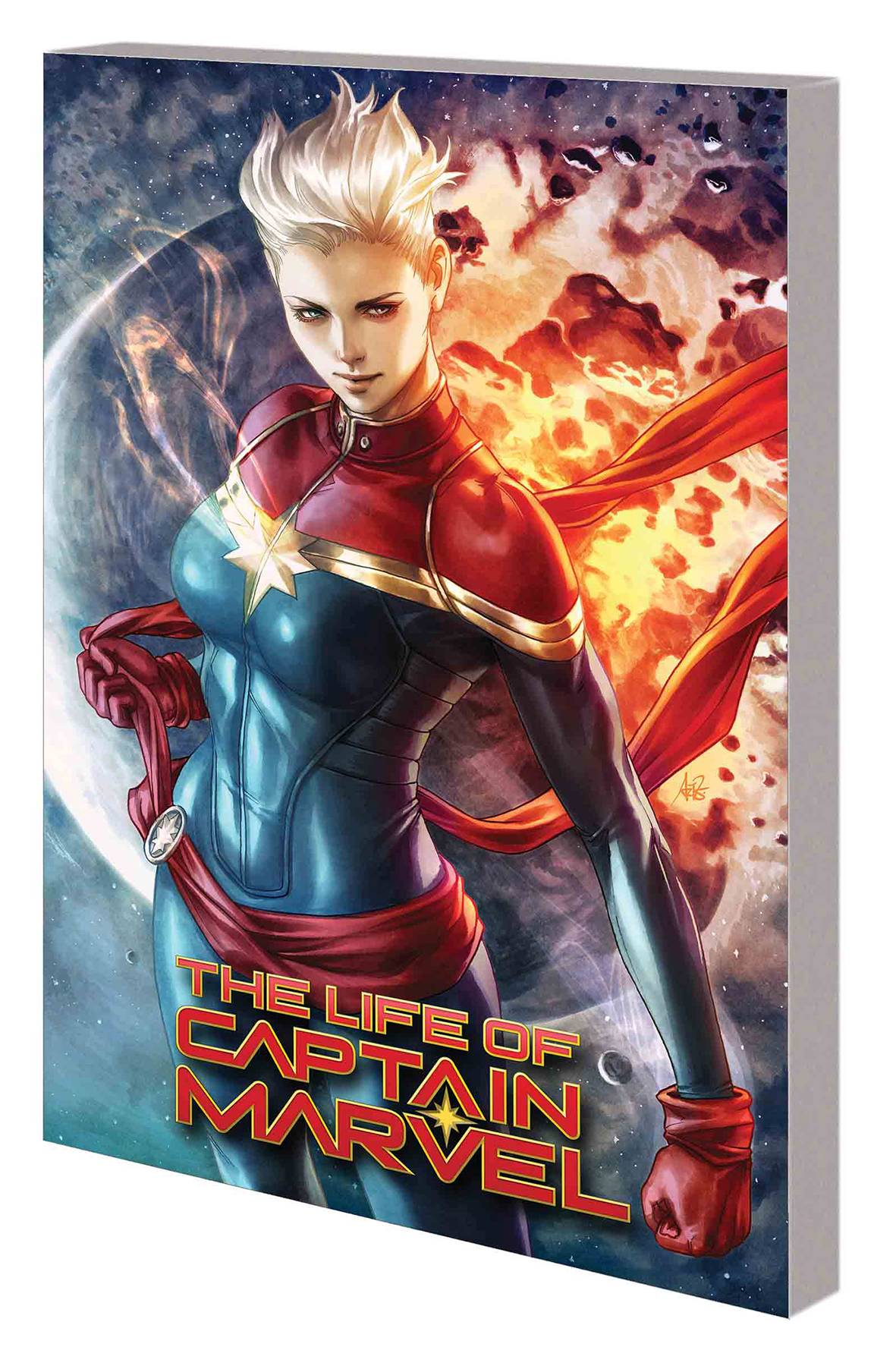 #
OCT181018
(W) Margaret Stohl (A) Carlos Pacheco, Marguerite Sauvage (CA) Artgerm
She's one of the mightiest heroes not just on Earth but in the entire galaxy! Now learn exactly how Carol Danvers became the woman she is - the Avenger she is - in the definitive origin of Captain Marvel! When sudden, crippling anxiety attacks sideline Carol in the middle of a fight, she finds herself reliving memories of a life she thought was far behind her. You can't outrun where you're from - and sometimes, you have to go home again. But while Carol takes a temporary leave from duty to unravel her past, trouble comes looking for her. A weapon has been unleashed, and Carol's sleepy coastal town is about to become the center of its world. But there are skeletons in Captain Marvel's closet - and what she discovers will change her entire life! Collecting LIFE OF CAPTAIN MARVEL (2018) #1-5.
Rated T+
In Shops: Jan 16, 2019
SRP: $15.99
ORDER WISH LIST