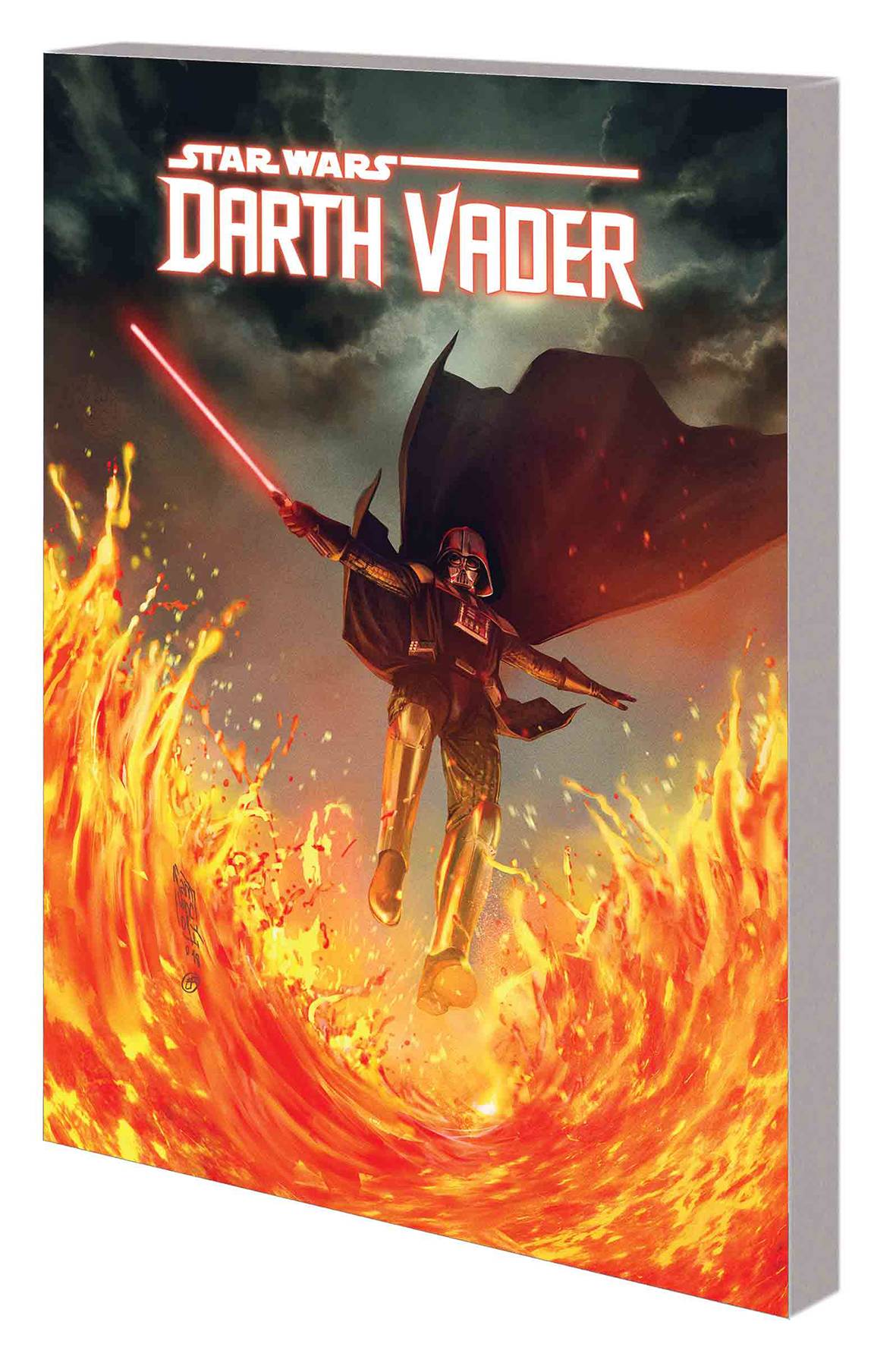 #
OCT181014
(W) Charles Soule (CA) Elia Bonetti (A/CA) Giuseppe Camuncoli
Continuing the imperious rise of the Dark Lord! A Jedi makes a desperate deal. The Inquisitors' mission evolves. And Darth Vader discovers a theft! And when the thief faces the consequences of the crime, Emperor Palpatine rewards Vader with a gift...and a voice. Seeking the path to his destiny, Vader returns to the place of his greatest defeat. There, echoes from the past reach out to him - both his own and the dark history of the Sith! Darkness rises above Mustafar as a brutal design begins to take shape. But the planet's inhabitants will not take this desecration lightly and formulate plans of their own. Vader's fortress will stand - but at a terrible cost. The fire will come to Mustafar - and all will burn! Collecting DARTH VADER (2017) #19-25..
Rated T
In Shops: Jan 30, 2019
SRP: $19.99
View All Items In This Series
ORDER SUBSCRIBE WISH LIST