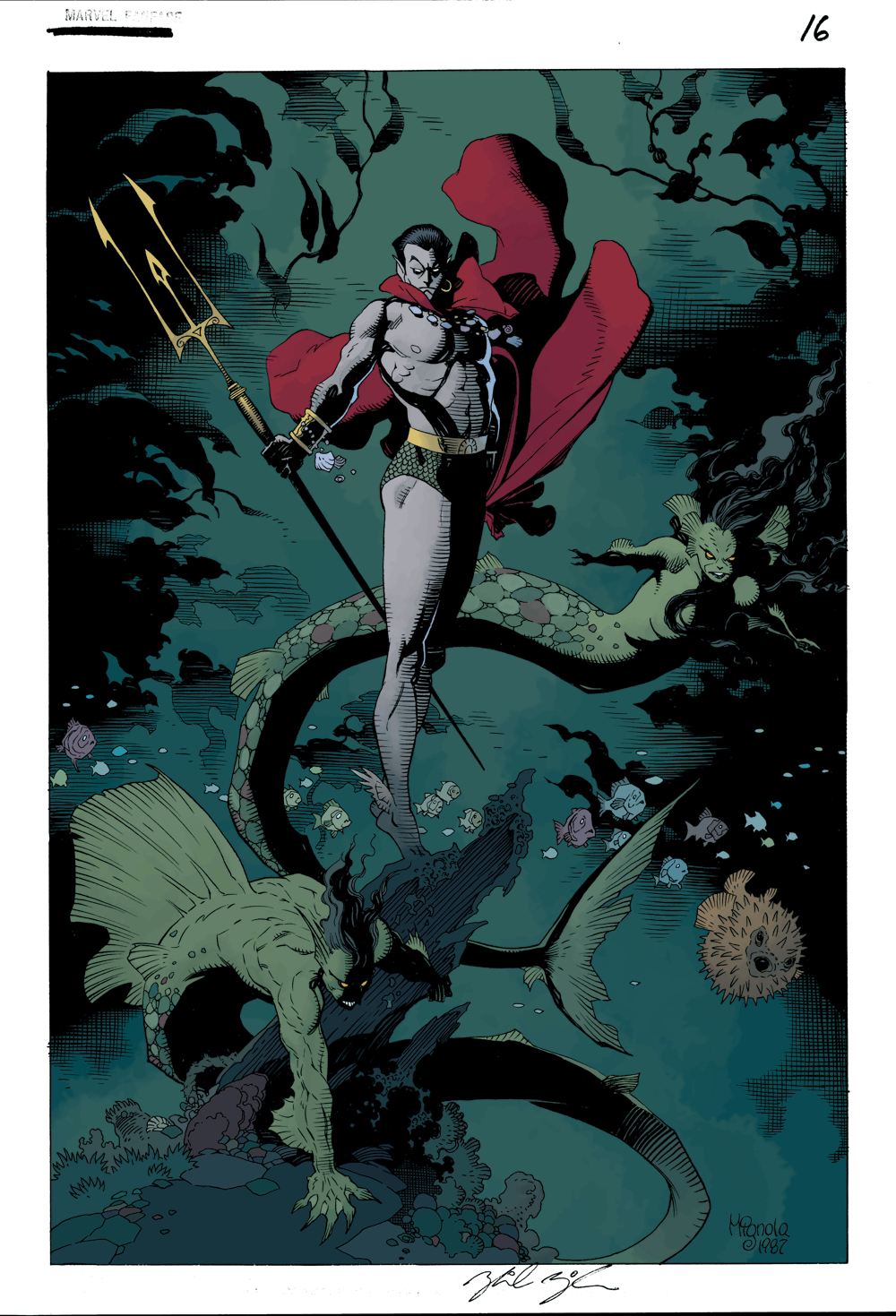 OCT180823
(W) Chip Zdarsky (A) Carlos Magno (CA) Mike Mignola
"THE BEST DEFENSE" PART TWO!
•  The Monarch of the Oceans has declared war once more on the surface world in the pages of AVENGERS. And if this is a war that Namor means to win, he is going to need allies to stand beside him!
•  The Sub-Mariner's quest for a lost tribe of sea-dwellers carries him further than he ever thought possible-and to a reckoning both strange and wonderful!
•  And hey, what's up with that weird apparition in the sheet, anyway?
Rated T+
In Shops: Dec 05, 2018
SRP: $4.99
View All Items In This Series