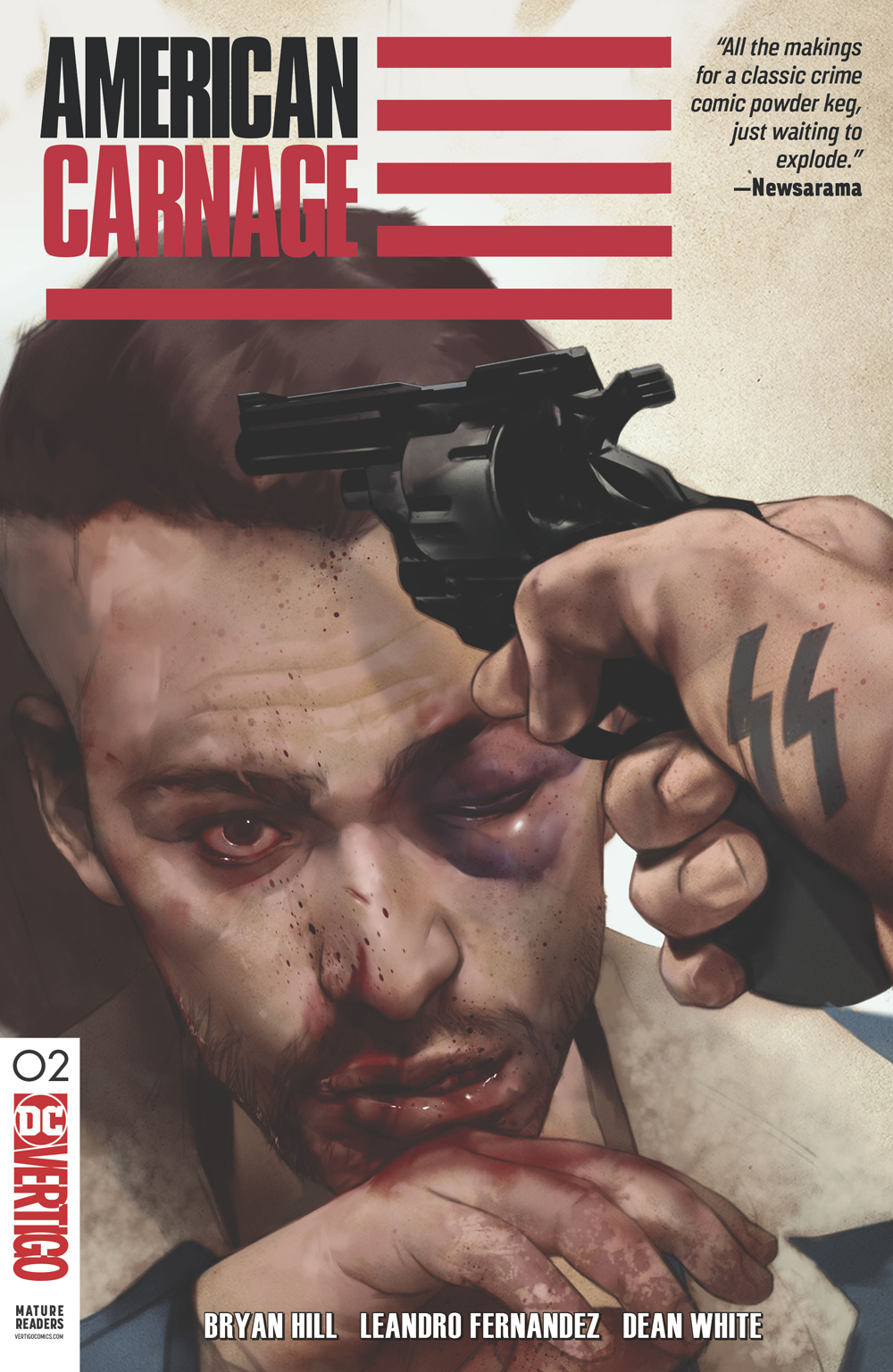 OCT180480
(W) Bryan Hill (A) Leandro Fernandez (CA) Ben Oliver
Richard Wright is a white-passing African-American FBI agent operating in a white-nationalist gang, and his mission to solve the murder of a fellow agent is already going off the rails. While Richard's target, the industrialist Wynn Morgan, discovers some potentially deadly dissension in the ranks, Richard is challenged by Morgan's rebellious thugs to prove his loyalty to the movement in the most dangerous way possible.
In Shops: Dec 19, 2018
SRP: $3.99
View All Items In This Series
ORDER SUBSCRIBE WISH LIST