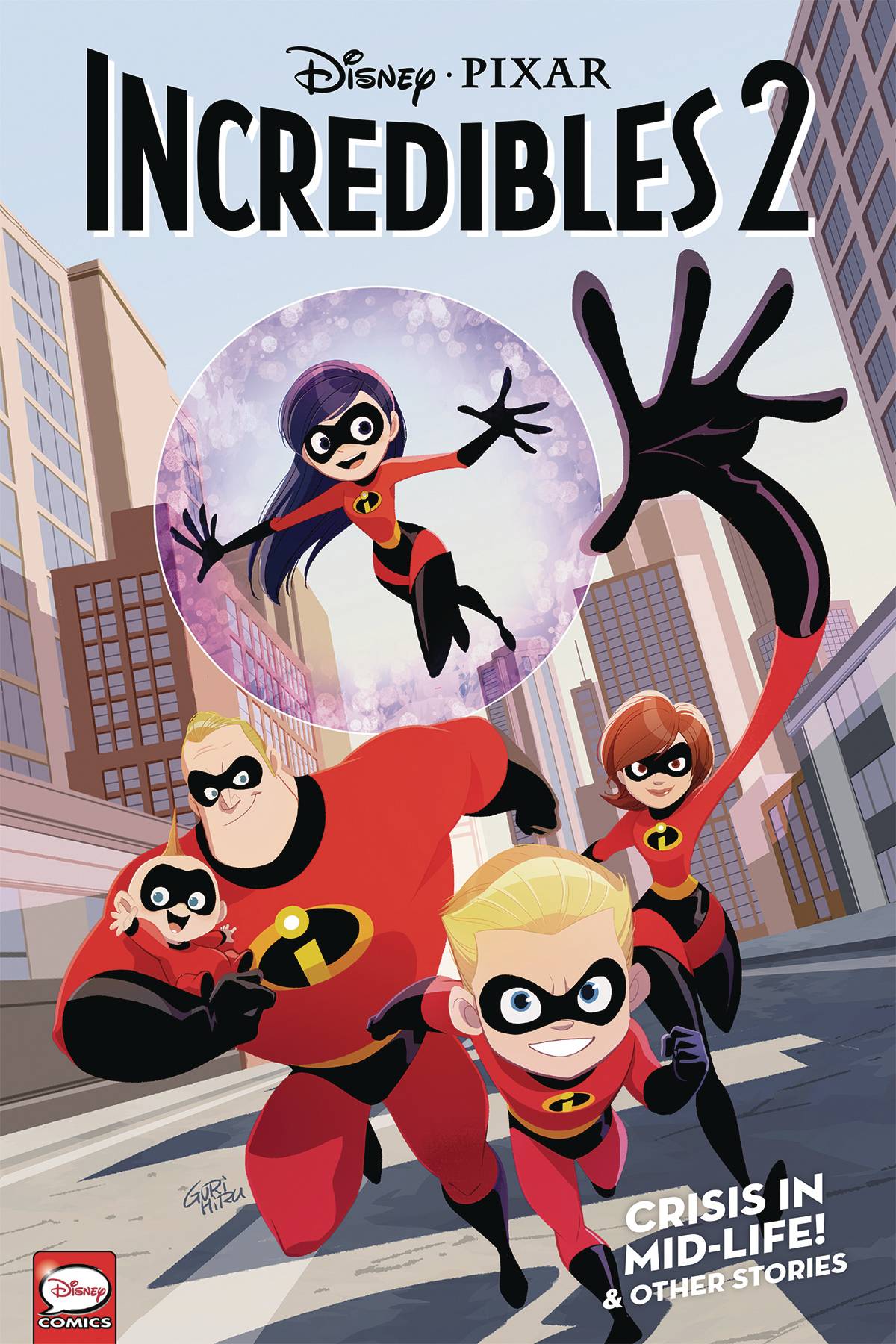 #
OCT180331
(W) Christos Gage, Landry Quinn Walker (A) J. Bone, Emilio Urbano, Andrea Greppi, Roberta Zanotta (A/CA) Gurihiru
In three original tales, the family of Supers face challenges of life and villainy-growing up, older, and into their special powers, as they fight together against the bad guys who make heroes like Bob, Helen, Dash, Violet, and Jack-Jack, necessary. When Mr. Incredible struggles to save the day after a villainous attack-and the dastardly Bomb Voyage escapes unscathed-he begins to question his Super powers. But when he discovers that he's just getting a little older, Bob is inspired to look to the next generation of Supers, Dash and Violet, and begins training with them so that they can become the most incredible ever! Helen has reservations about the training, and when she sees Bob getting a little carried away after Dash and Violet make a couple of rookie mistakes, her fears are realized: intense Super training with their dad is souring Dash and Violet on the idea of becoming Supers. But the family must reunite . . . because Bomb Voyage is still at large!

In another story, Bob tells the kids a bedtime story that has Violet and Dash calling foul: this battle from his glory days seems too amazing to be true. They want to hear the real story-but they never imagined it would begin with their mom and dad's super secret first date!
In Shops: Feb 20, 2019
SRP: $10.99
View All Items In This Series
ORDER SUBSCRIBE WISH LIST