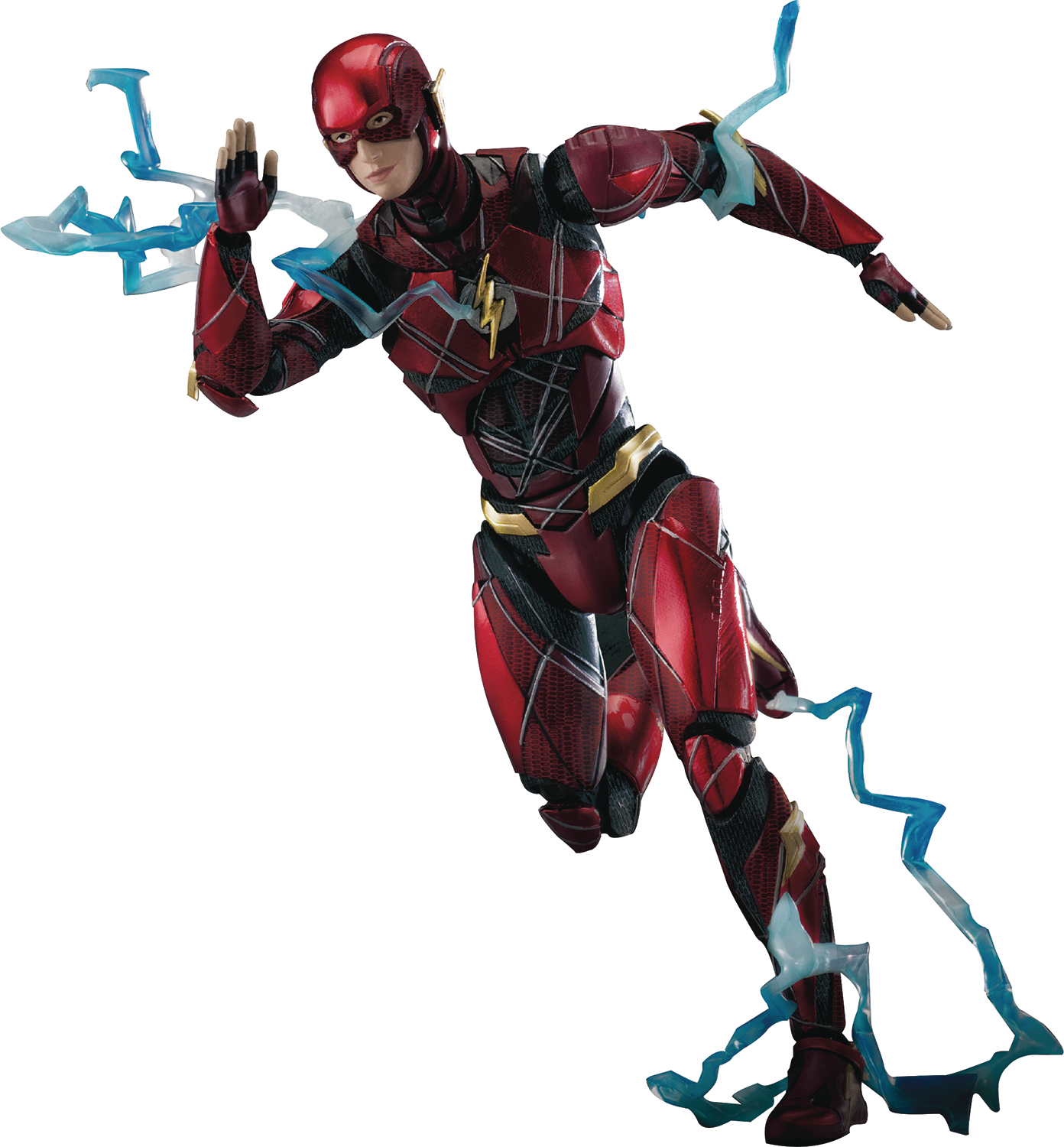 OCT178136
From Beast Kingdom. A PREVIEWS Exclusive! The superhero blockbuster Justice League features Batman gathering an army of allies to combat unforeseen enemies. Beast Kingdom launched their latest product line, the DAH series in 2017, focused on producing highly maneuverable character figurines with nearly 100% life-like facial features. Based on the official references and scanned 3D images of the actors, and aided with professional manual coating, the head sculpture of the Justice League are represented with precision, and the costume patterns and colors have all been fully reproduced according to the film. The figurines come with maneuverable joints, character-specific special effects components, and replaceable palms for freestyle assembly to fit into the main body and for full representation of various classic postures or high-speed motion as seen in the movie. Choose from Aquaman, Batman (Tactical Suit), Cyborg, The Flash, or the film's villain, Steppenwolf.