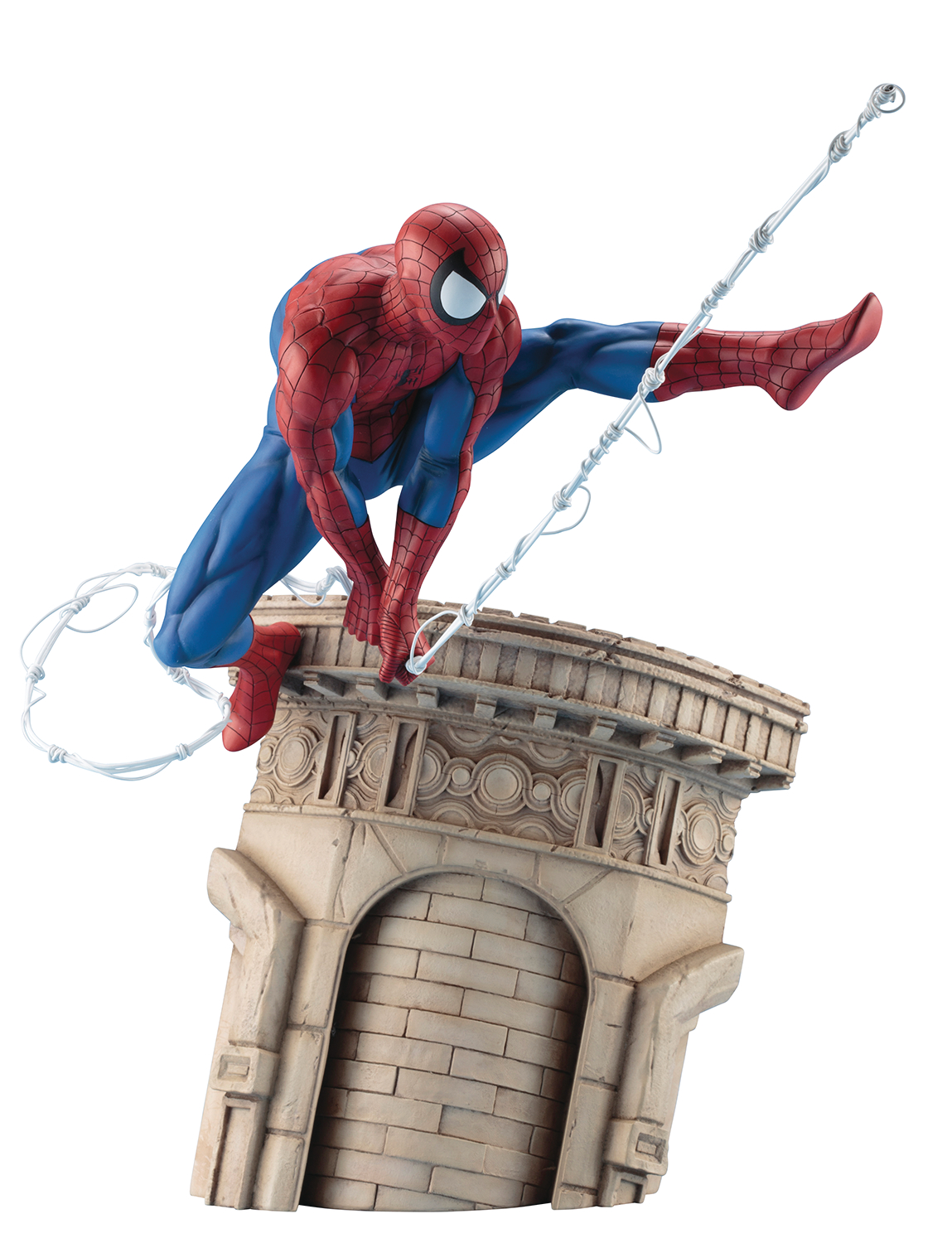 OCT178031
From Kotobukiya. A Kotobukiya Japanese import! In 1962 Stan Lee created the character of Spider-Man, the teen aged Peter Parker granted extraordinary powers by the bite of a radioactive spider, and now, everyone's favorite neighborhood hero makes a dynamic entrance into the 1/6th scale ARTFX Statue series soaring through the skies of New York with the incredible Spider-Man Webslinger! Spider-Man is on the move, web swinging through the city on his way to take down the latest menace! The webslinger is captured like never before as he whips around a skyscraper with a strand of webbing reaching out to his next anchor point. Peter Parker wears his traditional red and blue costume, recreated here with painstaking sculpted detail in the fabric's texture and the superhero's lean muscled physique. His swinging pose, pulling down on the web strand as his legs start to rise, is taken directly from the comics, and the flexibility and movement adds a unique element to this presentation. In addition, the Webslinger statue is a new hybrid form with the New York skyscraper base constructed using cold casting to highlight the texture of the stonework while Spider-Man himself is made from PVC to capture the hero's movement and detail. Crafted by master sculptor Kouei Matsumoto, Spider-Man Webslinger is in 1/6 scale as he swings through the cityscape. Bring home this high-flying hero before he swings off for good!