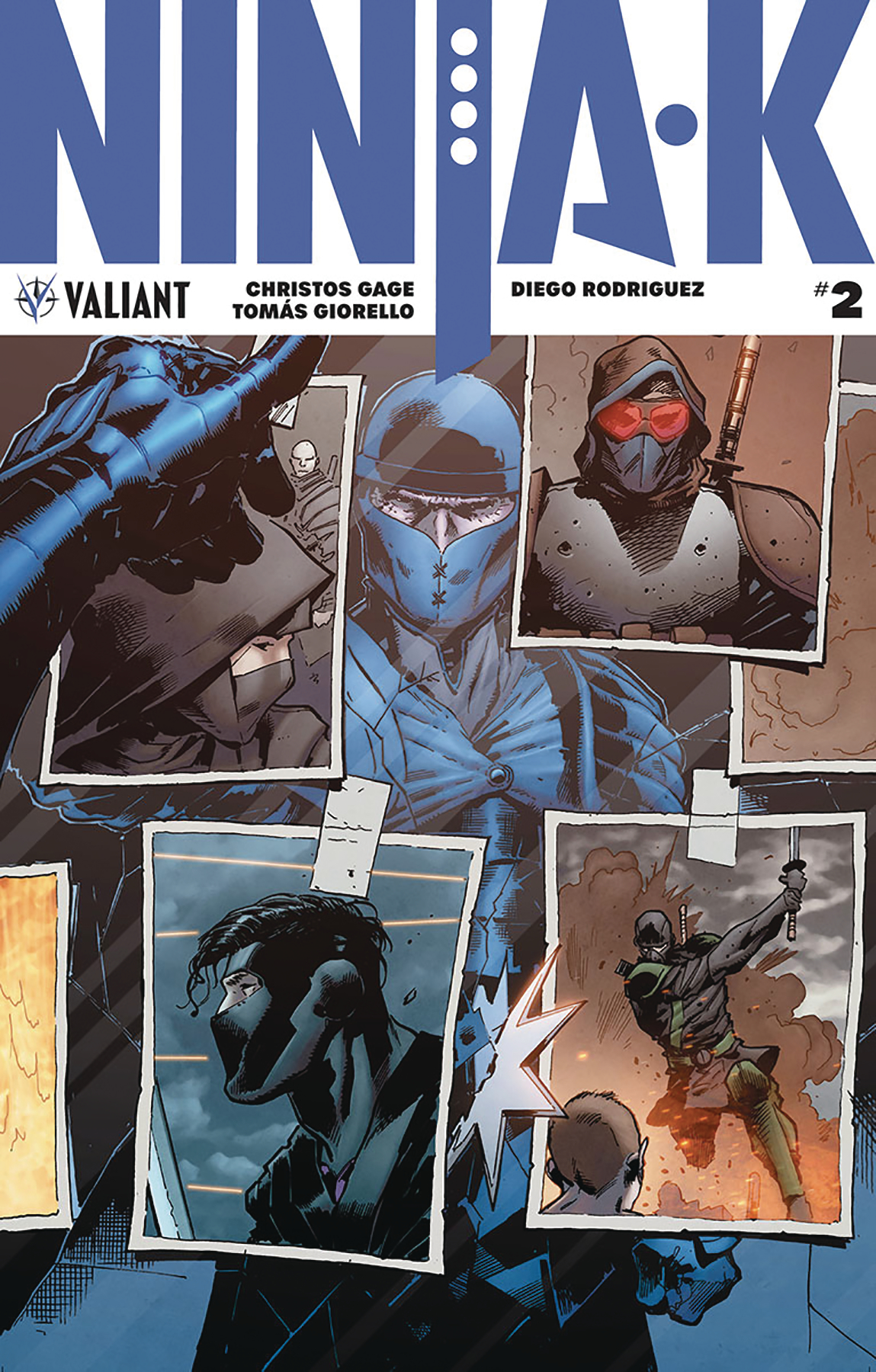 OCT171919
(W) Christos Gage (A) Tomas Giorello (CA) Trevor Hairsine
Who is hunting the agents of MI-6's most elite intelligence unit?
One by one, the operatives of MI-6's covert "Ninja Programme" are being murdered by an unseen threat that is as mysterious as it is deadly. But who could possibly have the knowledge and expertise to eliminate the lethal men and women of Britain's most secret service...and why are they hellbent on reaping revenge against Colin King and his predecessors? As t he walls close in around him, Ninjak must confront the bloodstained legacy that spawned him... before his own name gets crossed off the list...
Acclaimed writer Christos Gage (Netflix's Daredevil) and superstar artist Tomas Giorello (X-O MANOWAR) draw the circle close around Valiant's deadliest super-spy for an orchestra of spycraft, stealth, and steel as Valiant's next essential new ongoing series dares onward!
In Shops: Dec 20, 2017
SRP: $3.99
View All Items In This Series