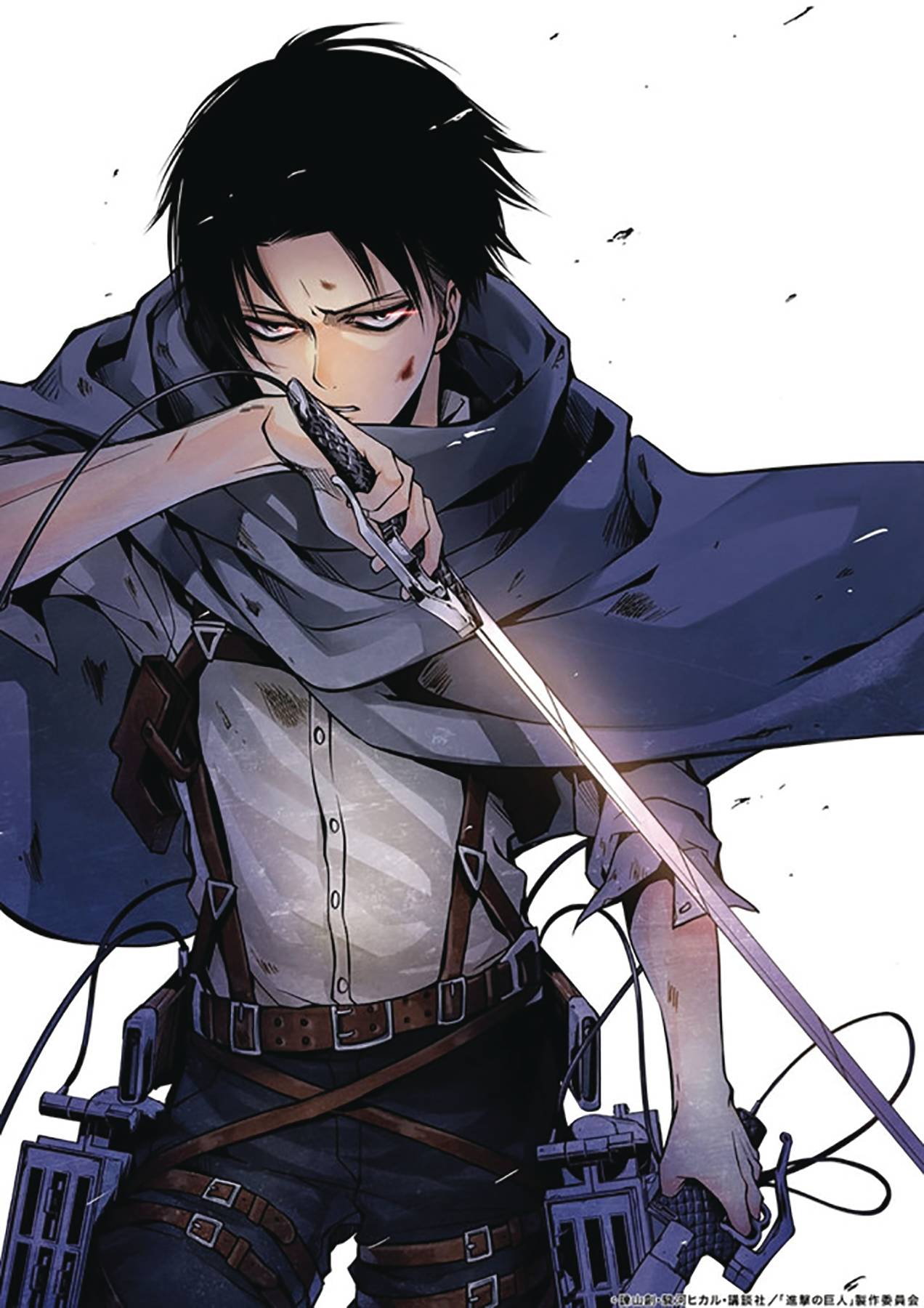 #
OCT171663
(W) Isayama Hajime (A) Gan Sunaaku, Hikaru Suruga
The story of Captain Levi, Attack on Titan's most beloved character, collected in a single, 400-page hardcover in glorious full color! In Attack on Titan, Erwin Smith and Captain Levi are an inseparable duo, the calculating brain and pumping heart of the Survey Corps. Years earlier, the young Erwin was an ambitious military ladder-climber and political prodigy, while Levi lived in another world under the elite's feet, the Underground. Under a fierce exterior, Levi longs for a life of dignity for himself and his friends, while Erwin's lifelong obsession with the Titans drives him to depths of moral ambiguity. The two men's collision course will lead to tension, tragedy, and the greatest team of Titan-fighters humanity will ever know.
In Shops: Dec 06, 2017
SRP: $29.99
ORDER WISH LIST