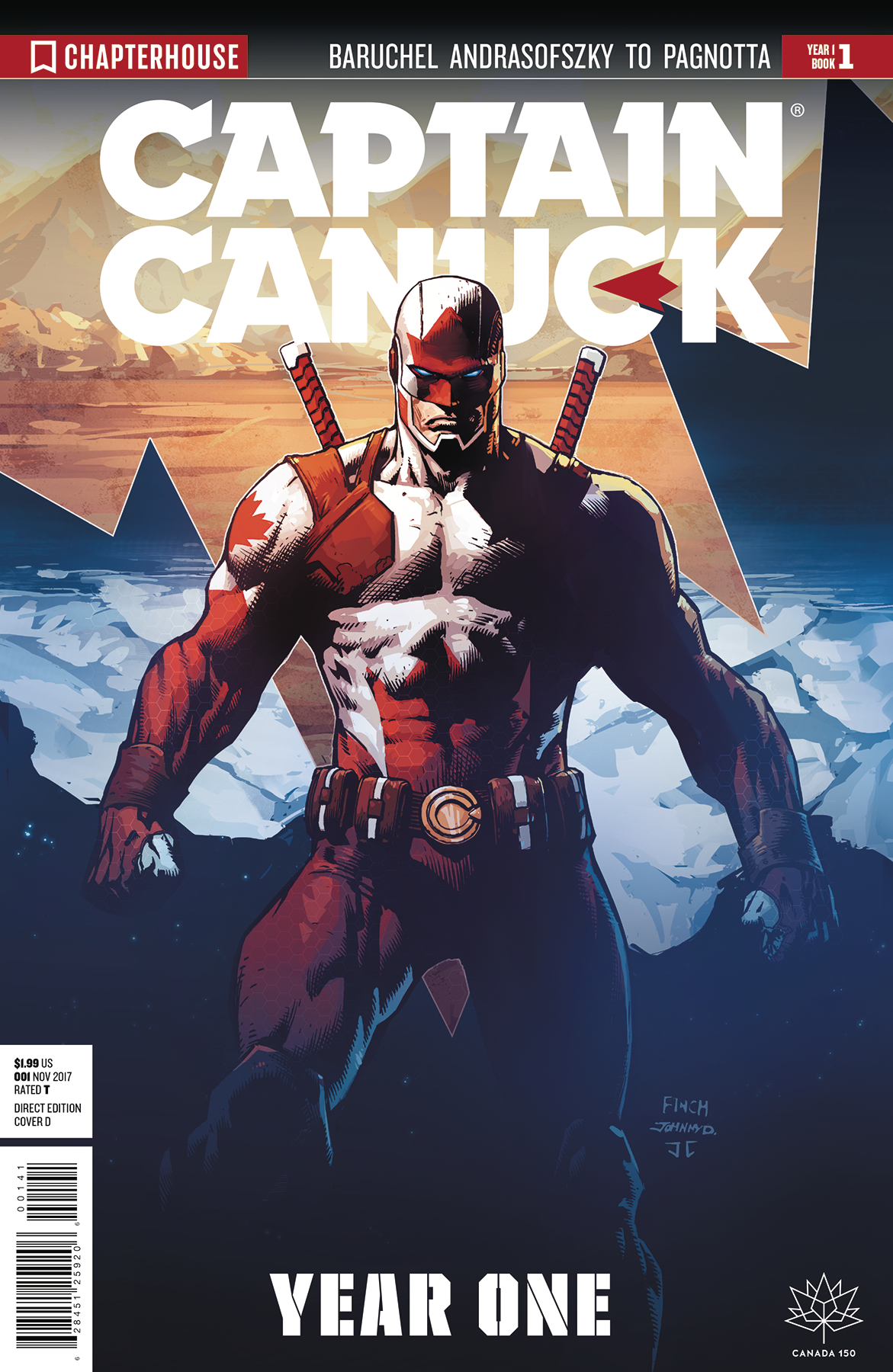 OCT171396
(W) Jay Baruchel, Kalman Andrasofszky (A) Marcus To (CA) David Finch
Jay Baruchel joins Chapterhouse with an epic origin story! If you missed FCBD, we have you covered! Captain Canuck Year One Book One is available again at $1.99 with a brand-new deluxe cover wrap featuring David Finch's iconic image of the Captain. And on the reverse of every cover of Year One is the virgin art! "Sur Saray" is a Year One story set during Tom Evans' time serving in the Afghanistan war. Tom has returned to active duty after going AWOL to rescue his brother from Site ALEPH, but his unit, the PCE Squad is folded into an unscrupulous mercenary platoon. Frustrated by the injustices he's witnessing on a daily basis, Tom begins slipping away by night, using his new powers to right the street-level wrongs the military is too unwieldy to effectively address.
In Shops: Dec 06, 2017
SRP: $1.99
View All Items In This Series
ORDER WISH LIST