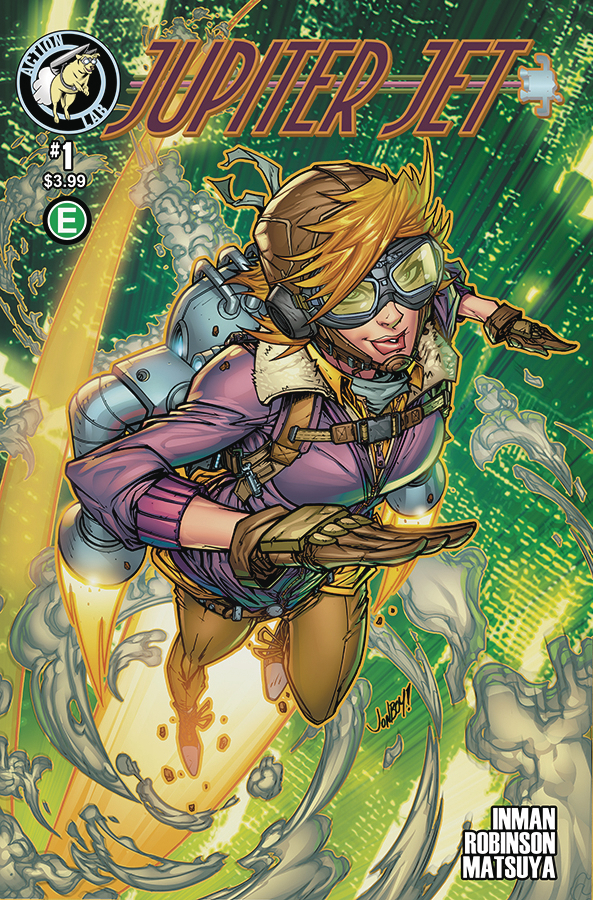 OCT171042
(W) Jason Inman, Ashley Robinson (A) Ben Matsuya (CA) Jonboy Meyers
Series Launch! Sixteen-year-old Jacqueline "Jacky" Johnson rides the sky on an experimental jetpack and she does what any other teenage girl would do - steal from the rich and give to the poor! But, when she steals a mysterious object from the wrong people, can she survive the robots and ray guns they send after her?
In Shops: Dec 06, 2017
SRP: $3.99
View All Items In This Series