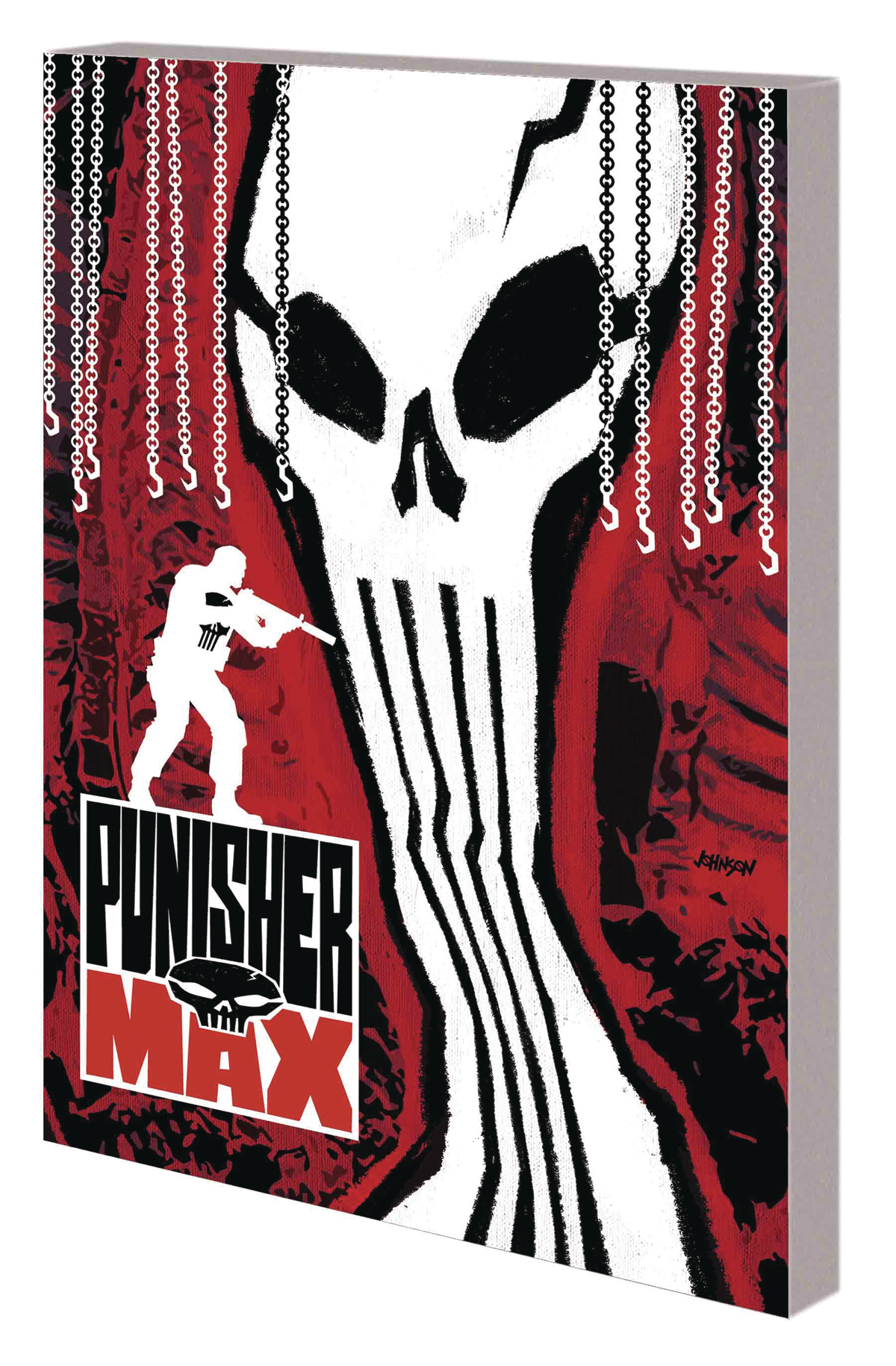 OCT171021
(W) Jason Aaron (A) Steve Dillon (CA) Dave Johnson
The Mob has set a trap for Frank Castle, turning low-level enforcer Wilson Fisk into a fictional "Kingpin of Crime" for Frank to target. But Fisk decides he likes his new position - enough to kill his bosses to keep it. Suddenly, the Punisher finds himself in a one-on-one war with a deadly threat, and he must decide how far he's willing to go to take down the Kingpin! Contending with dirty cops, battling Fisk's henchmen Bullseye and Elektra and suffering through a stint in prison, Frank is brought lower than he has ever been. But as the Kingpin will soon find out, all that means is Frank has nothing left to lose! Jason Aaron and Steve Dillon deliver a grisly, uncensored Punisher run like no other! Collecting PUNISHER MAX (2010) #1-22.
Explicit Content
In Shops: Jan 17, 2018
SRP: $39.99
View All Items In This Series