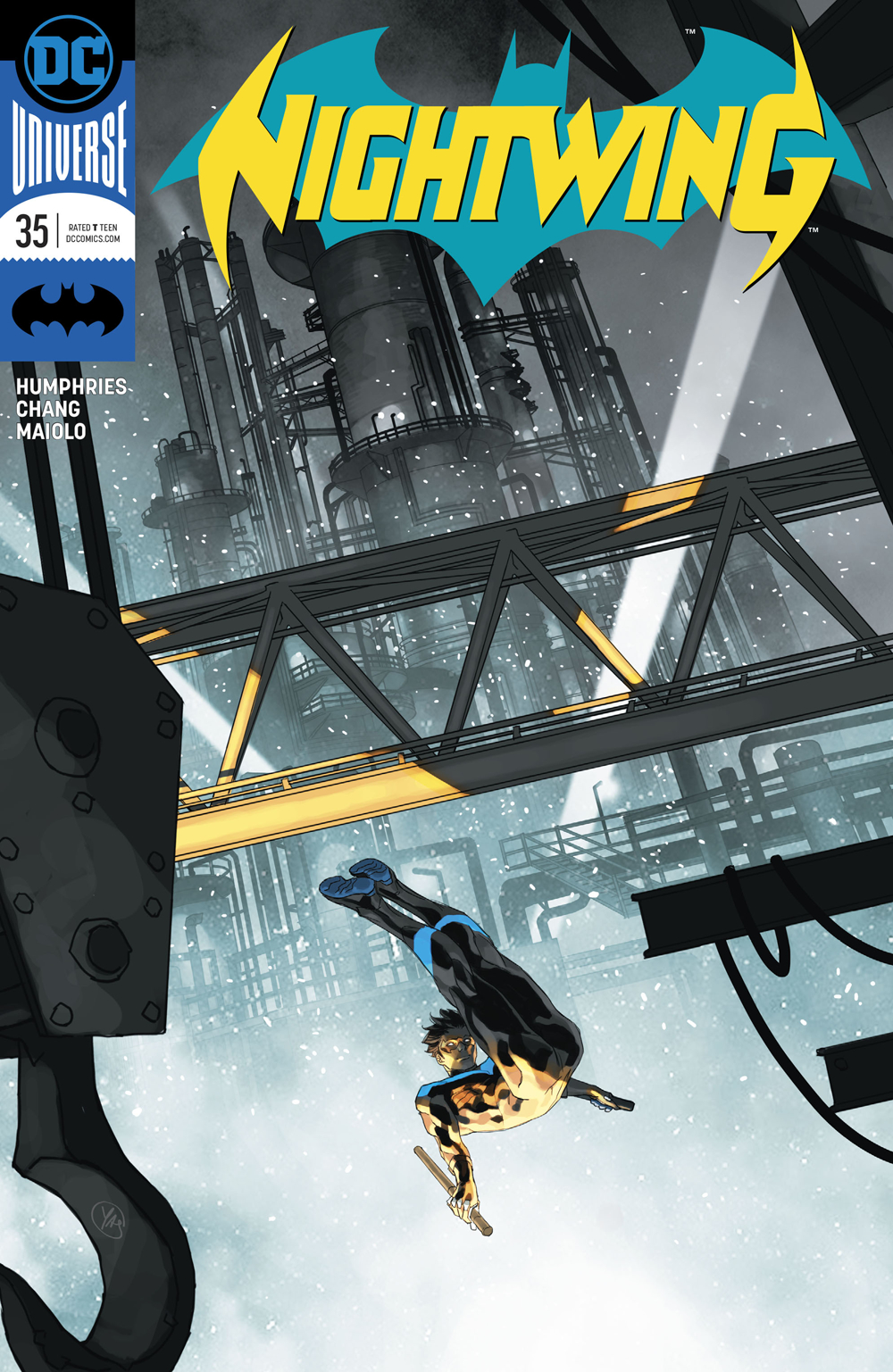 OCT170297
(W) Sam Humphries (A) Bernard Chang (CA) Yasmin Putri
"THE UNTOUCHABLE: HUNTERS!" Nightwing finally feels like he's got his life in Blüdhaven under control. But the one thing he wasn't expecting was for a case from his past in Gotham City to rear its head here-a murderer he never set eyes on, but whose unmistakable signature has arrived in his new city! How many people will die before he's stopped this time? Or worse than that...what if Dick can't stop him? Incoming creative team Sam Humphries and Bernard Chang kick off a story that will take Nightwing back to his days as Robin and force him to question his future as well!
RATED T
In Shops: Dec 20, 2017
SRP: $2.99
View All Items In This Series